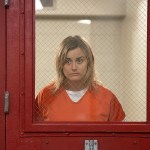 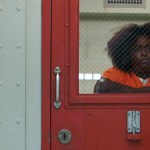 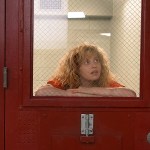 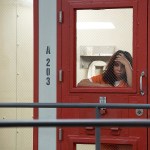 #We’reWithThem! The talented cast of hit TV series ‘Orange Is The New Black’ weren’t shy about flaunting their hilarious ‘Vaginas Against Trump’ T-shirts on Oct.14. Check out the pic — it’s sure to make you laugh!

Sound the alarm, presidential riots are going on in Litchfield! The all-woman cast of OITNB showed their support for Hillary Clinton on Oct. 14 by rocking some BOLD statements on their T-shirts. Actress Taryn Manning (AKA“Pennsatucky” Doggett) and many others wore their “Vaginas Against [Donald] Trump” emblems for a group photo and posted it to Instagram.

You have seen it but here we are #oitnb #vagina

This photo comes just one week after the business mogul’s disgusting conversation with Billy Bush was leaked by The Washington Post. OITNB is a show that’s all about female power and individuality — two things that Donald has openly spoken out against. Going off the 2005 recording, it sounds like Donald doesn’t see women as actual people, but more like sexual puppets he gets to play with whenever he wants. The Republican nominee has a history of violating women, either by kissing them, leading them to his bedroom, or grabbing them “by the p—y.”

Moving onto a happier subject, the OITNB cast recently celebrated TWO engagement! Leading lady Laura Prepon (who plays con artist Alex Vause) flaunted her diamond ring on the red carpet with fiancé Ben Foster wrapped around her arm. Co-star Samira Wiley (AKA Poussey Washington) also showcased her bling-bling…on Instagram! Samira met fiancée Lauren Morelli (a writer for the Netflix series) on set! We think it’s safe to say that the OITNB crew will be voting for Hillary this Nov. 8.

HollywoodLifers, would YOU ever wear a shirt like that? Tell us below!