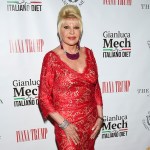 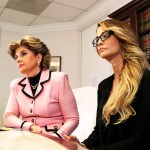 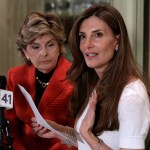 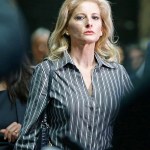 This is shocking. Jennifer Murphy admitted that she’s still voting for Donald Trump, even though she claims he kissed her while she was a contestant on ‘The Apprentice.’ We have all the details!

Jennifer Murphy, 37, confessed that even though Donald Trump, 70, allegedly kissed her while she was a contestant on the fourth season of The Apprentice, she’s still voting for him. “Yes, he kissed me on the lips,” she told CNN‘s Erin Burnett on Oct. 14. “It was a small kiss after he had fired me on the show. He called me the next day and said that he still want to give me an opportunity to work for him. So after several meetings he walked me to the elevator at one point, and he did reach in and give me a little kiss. I was a little surprised but I wasn’t offended. I could have turned away.” Wow.

Jennifer isn’t the only woman who’s still planning on voting for Donald, despite more and more women coming forward to claim they were sexually abused by him. Tana Goertz, the senior advisor for the controversial presidential candidate, revealed that she still supports him. “If you’re a woman, you don’t forget these things,” she told CNN’s Wolf Blitzer on Oct. 14, questioning the accusers about why they just now have come forward with their abuse allegations. Seriously? How can she support Donald and not these brave women?

Nearly a dozen women have recently come forward to claim Donald abused them ever since the 2005 tape of his lewd conversation with Billy Bush, 44, leaked in which he bragged about “grabbing women by the p—y.” As we previously told you, Donald is now trying to smear them as liars. He later apologized for the tape, though he shrugged off his disgusting remarks, merely saying that they were said during “locker room talk.” So horrible.

HollywoodLifers, what do you think of Jennifer’s confession? Let us know below.