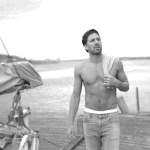 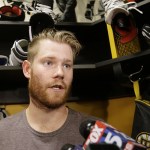 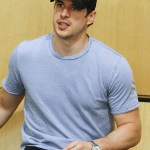 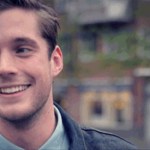 It’s finally here! The 2016-17 season of the National Hockey League kicks off on Oct. 12 with a clash that’s pure Canadian! The Toronto Maple Leafs take on the Ottawa Senators. Grab your sweater and get ready to watch this game!

It seems fitting that the new season of the NHL would kick off in the middle of the Canadian Tire Centre in Ottawa, Ontario, Canada. As the country continues to bask in the glow of winning the World Cup of Hockey, two of their native squads will face off when the Toronto Maple Leafs meet the Ottawa Senators. The puck drops around 7:00 PM ET so be prepared to see every moment!

Hockey fans can witness the new NHL season kick off via NBC Sports official live stream (after entering in their cable information.) CLICK HERE TO WATCH THE MAPLE LEAFS VS SENATORS LIVE STREAM

The best thing about the new season is that every team is undefeated, which is a huge sigh of relief for the Maple Leaves. They finished the 2015-16 NHL season with just 29 wins, the least in the league. The Senators weren’t much better, as they finished their season only 38 victories under their belt. Toronto’s redemption begins today, as both team are hoping to make a run at the Stanley Cup.

“I just feel there is a little more structure, a little less confusion and everyone knows what to expect,” Nazem Kadri, 26, center for the Leafs, said ahead of this game. “There was more of a feeling out process last year with guys coming up and down and having a new staff. Now we’re moving forward toward that end goal.”

This “Battle of Ottawa” between these provincial rivals will, more or less, come down to “Anderson vs. Andersen.” The Senators’ Craig Anderson, 35, who faced more shots than any goaltender than Henrik Lundqvist, 34, in the prior season, will be in the net for Ottawa. On the opposite side of the rink will be Frederik Andersen, 27, who will make his debut for Toronto after acquired by the Anaheim Ducks, per TSN.

All eyes will really be on Auston Matthews, 19. For the first time since 1985, a first overall draft pick will make his debut for the Maple Leaves, according to SB Nation. The young American left hockey fans salivating for more with some epic preseason performances. Along with a team with 11 players under the age of 24 (six of which qualify as rookies) Auston and his young squad have plenty to prove. They’ll get their first chance against the Senators.

Who do you want to win this game, HollywoodLifers? Are you excited that the NHL is back?