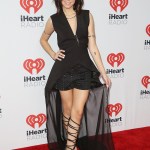 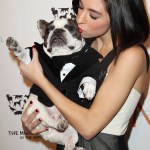 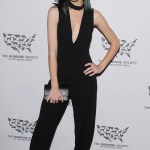 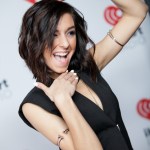 Aw this is so touching! We all knew Christina Grimmie as a powerhouse singer on ‘The Voice’, but not everyone is aware of how active she was in the YouTube community. Her close friend Shane Dawson gave the deceased star a sweet tribute at the 2016 Streamy Awards, and it melted our hearts when he teared up. Here’s the scoop!

This honestly brought tears to our eyes! The Streamy Awards honor YouTubers accomplishments over the past year, so of course they had to do a tribute to Christina Grimmie, a YouTuber and reality star that was taken way too soon when a crazed fan shot and killed her at a meet and greet in Orlando. The entire community came together on Oct. 4, and gave one last emotional goodbye to the songstress.

“Christina Grimmie was one of my very favorite people,” revealed Shane Dawson on the Streamys stage. “She was unfiltered and funny, and most importantly that she wasn’t judgmental. No matter who you were or what you believed in or how gross your humor was, Christina made you feel accepted,” he said, with tears welling in his eyes and his voice choking up.

“She didn’t start because of money or fame, she started because she wanted people to connect with her music her dream was to have one of her songs be someone’s favorite song. Thank you Christina for every beautiful moment, and thank you for every beautiful song.” We can’t handle how sweet this is! The tribute was followed by Christina’s friend and YouTuber Sam Tsui singing Nelly’s “Just a Dream,” a song the duo went viral for. Our hearts are about to burst!

paying my respects tonight to christina grimmie at the streamys. send me good vibes. i'm a mess. pic.twitter.com/h09hl7E8fQ

Before the big show on Oct. 4, one YouTuber who was particularly close to Christina revealed the plans for a tribute. Shane tweeted a sweet photo of him and Christina together before her death with the sweet message “paying my respects tonight to christina grimmie at the streamys. send me good vibes. i’m a mess.” Poor thing! Many other YouTubers sent Shane their love before the very tough moment, with Lilly Singh saying “this is beautiful. Sending you all the positive vibes babe x” We just love seeing the community unite like this! Our hearts go out to the YouTubers and the Grimmie family tonight.

HollywoodLifers, what did you think of the touching tribute to Christina at the 2016 Streamy Awards? Share your thoughts on the show with us!