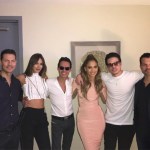 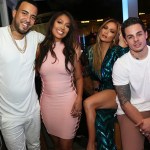 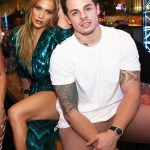 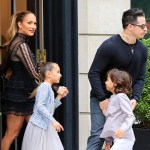 Jennifer Lopez and Casper Smart have sadly broken up for good, and an Aug. 25 report says that JLo is the one who ended things. Casper made a wrong move, and it was simply the last straw for her! Find out what it was.

Jennifer Lopez, 48, has split from Beau “Casper” Smart, 29, after he skipped out on an event with JLo to hang with his friends instead, TMZ reports. “He snubbed her by passing on a fancy Hamptons charity event in favor of hanging with his boys at UFC 202,” sources tell the outlet. Apparently, Jen told him it was “super important” for him to go to uber-businessman Ron Perelman‘s Hamptons fundraiser to benefit the Apollo Theater with her on Aug. 20, but he wouldn’t go.

Instead, Casper flew to Las Vegas to watch the Conor McGregor/Nate Diaz UFC fight in Las Vegas with his friends, including Kanye West. Naturally, Jennifer wasn’t too happy that he left her to go to the event solo. She then apparently ended the relationship with no discussion, simply saying, ‘We’re done’, sources tell the site. People reported that JLo and Casper split “weeks” ago, but it looks like it might have been more recent than that. In fact, the pair was photographed along with her ex-husband Marc Antony on Aug. 15 at her show in Las Vegas.

Finally, while he was at the fight, Casper told pals that he would be flying to New York City the next day to meet up with JLo, TMZ adds. Little did he know that she was going to end things!

Of course, the silver lining is that JLo and Casper have been down this road before. After originally meeting in 2011, when Casper was one of Jennifer’s backup dancers on her tour, they dated before briefly splitting. They broke things off in June 2014, only to get back together in May 2015.

HollywoodLifers, are you surprised that JLo ended her longtime relationship with Casper over this incident? Tell us what you think!