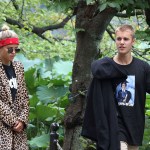 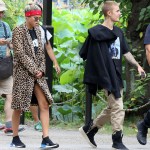 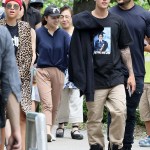 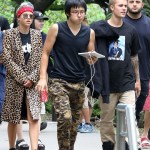 Uh oh! One of Justin Bieber’s exes, Hailey Baldwin, is pretty pissed about his newfound friendship with 17-year-old Sofia Richie. Just wait until you see what she wrote on Instagram!

Wow. Hailey Baldwin, 19, may have just fired major shots at Justin Bieber, 22, and his new friend, Sofia Richie. When a fan account posted pictures of Justin and Sofia embracing in Japan, Hailey allegedly commented and demanded the fan “delete this sh-t” immediately. Yikes.

It’s unclear if Hailey was following the account that posted them, or if they just tagged her in the photos, but either way the alleged comments from her tell us everything we need to know: she is NOT into Justin and Sofia. “Yo please delete th-s shit,” Hailey allegedly wrote on the pictures. The following comment read, “I don’t want it on my timeline.” Who can blame her for that? The answer is no one.

HollywoodLife.com checked and as of the time this article was published she did not appear to be tagged in any photos of Justin and Sofia. It is also worth noting that although she follows over 600 people, there doesn’t appear to be any Bieber-centric fan pages that would be posting these specific images. That being said there is a chance that the comments were just the photoshop creation of a thirsty fan, though we can totally see why Hailey would be pretty pissed about Justin and Sofia. After all, she used to be the one that traveled the world with him… and now it seems like they’ve gone their separate ways for good.

Tell us, HollywoodLifers — Do YOU think that these comments were really made by Hailey? Do YOU think she has a reason to be upset over seeing him with Sofia? Comment below!