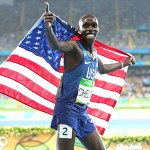 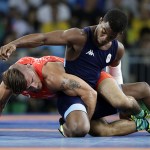 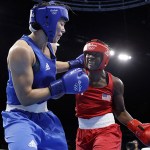 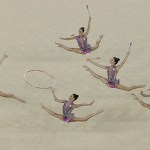 There have been dozens of athletes to compete on ‘Dancing With The Stars’, and some among them Olympians. Now, Olympic swimmer Michael Phelps has been asked to join their ranks and vie for that Mirrorball trophy — will he say yes?

Michael Phelps is known for his power and grace in the swimming pool. He’s the most decorated Olympian in the history of the games, with 22 medals, including 18 gold. That’s insane. And add to that the fact that he’s competing for more at the Rio 2016 games! But now that a Dancing With The Stars offer has appeared, will he take a break from his sport, hang up the goggles and nose plugs, and trade it all in for some soft shoes?

“Michael has been asked before (to do DWTS) and he was recently asked [to compete in] the upcoming season,” the source told HollywoodLife.com EXCLUSIVELY. “And though he has considered it, he doesn’t want to do it; he wants his legacy to be in the pool and not on the dance floor.”

Very reasonable! If anyone has a legacy to uphold, it’s this powerhouse athlete. But that really shouldn’t hold him back if he’s got a hankering for putting on a sparkly costume and getting down to disco covers once a week! Plenty of Olympians have done this before him, and come out just fine! Take Olympic ice skaters Apollo Ono, Kristi Yamaguchi, and Meryl Davis, for example. They all did beautifully in their respective seasons of DWTS! They all won!

Of course, there are some athletes who…didn’t do so well. Metta World Peace totally bombed during Season 13, as did NHL player Sean Avery and Olympic bobsledder Lolo Jones in their respective seasons. Ouch.

HollywoodLifers, are you bummed that Michael won’t be on DWTS? Tell us in the comments!