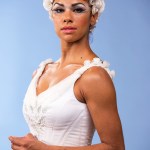 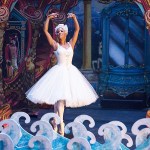 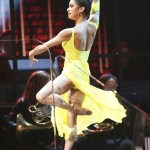 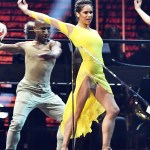 Misty Copeland married the man of the dreams on July 31, and we’re so excited! While Misty’s uber famous for being one of the best ballerinas in the world, not much is known about her brand-new husband, Olu Evans. Click through to learn more about Olu!

Olu’s cousin is actor and Broadway legend Taye Diggs! Taye actually introduced Olu and Misty in 2006 at an NYC nightclub.

Olu went to law school at Emory University, and passed the bar in 2007. He specializes in corporate law.

3. He also runs a dancewear company.

Being with Misty has definitely inspired Olu! He’s been running a dancewear company called Muse Dancewear, out of their Upper West Side apartment in New York city since 2010. The company sells beautiful ballet slippers and tights, as well as ribbons and paint to keep the slippers in shape. There’s even a quiz to make sure you get the slipper size that fits as perfectly as possible!

Misty told Soledad O’Brien in a July 2015 interview that she knew Olu was the one “when he wasn’t afraid of hearing or seeing me so damaged – and that he wanted to help because he cared about me as a person…I always said, ‘No man is coming in and taking me away from ballet.’ And that was so important to me that the person I ended up with was going to support me in every way, because my career is so important to me.”

Took him long enough! Misty and Olu have been together since 2006, but they didn’t decide to get married until 2015! Ten years after they first made eyes across that NYC nightclub (thanks, Taye!), they finally tied the knot in Laguna Beach, California!

HollywoodLifers, help us congratulate Misty and Olu in the comments!