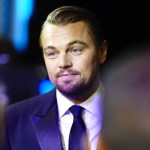 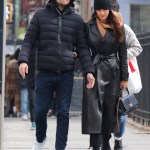 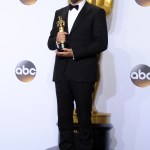 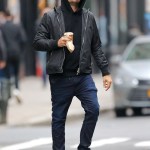 Love is in the air! Rumored couple Leonardo DiCaprio and Nina Agdal reportedly took a super romantic trip to the Bahamas, so does this mean they are making things official?

Leonardo DiCaprio, 41, is one of the most eligible bachelors in Hollywood, but it seems as if he might be ready to settle down with a sexy new model. The Oscar-winning actor was spotted getting cozy with Nina Agdal, 24, during a trip to the Caribbean. Sounds hot!

What’s more romantic than a beach getaway? Um, nothing, actually. All eyes are on Leo DiCaprio and his rumored new girl, Nina Agdal, as their relationship appears to be blossoming into something more serious. The actor whisked the Danish model away to the Bahamas for a little one-on-one time, reports Page Six.

Leo and Nina are reportedly staying on the private island of Over Yonder Cay, which costs an estimated $75,000 a night. According to the report, there is also a minimum stay of 7-nights on the island. Geez, Leo, you show off!

However, Leo and Nina are reportedly not paying for their romantic trip, as it is believed they were invited by a “wealthy” friend. One photo on Instagram shows Leo posing with Florida lawyer Horst Ferrero, who captioned the photo that he was “honored” to meet the Academy Award winning actor. He also thanked the actor for “joining” them for “Kelly’s birthday,” though it’s unclear who Kelly is, exactly.

Leo and Nina are not alone on the trip, either. The report reveals that they are joined by Lukas Haas, his girlfriend, and even more friends. Ah, so Nina’s meeting Leo’s pals now? Hmm, that sure sounds like a big deal!

HollywoodLife.com has reached out to reps for both Leonardo and Nina regarding the status of their relationship. Stay tuned for updates!

Tell us, HollywoodLifers — Do YOU think that Leo and Nina are dating? Comment below with your thoughts!