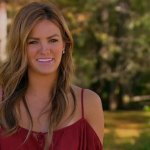 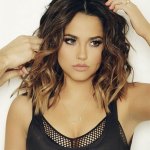 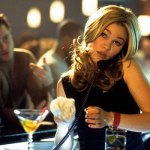 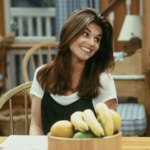 Who the heck is ‘Becky’? The mystery still remains after Beyonce sang about Jay Z cheating with ‘Becky with the good hair’, but we couldn’t help thinking about all the real-life Beckys who actually do have great hair. Click through our gallery to see them all!

Beyonce, 34, started quite the buzz about a lady named “Becky” once she released her new album Lemonade that totally calls out “Becky with the good hair” for messing around with her hubby, Jay Z. After Lori Loughlin reminded us that she once played a Becky with good hair on Full House (but made sure to clarify she’s not the Becky) — so we thought, why not recognize some more Beckys that have awesome hair?

Although Lori’s Becky isn’t technically a real-life Becky, it’s hard to deny that she has a great head of hair. Heck, even at 51 years old, Lori is still rocking a gorgeous mane! And after she chimed in on the whole Beyonce/Becky controversy with a hilarious meme of her Full House character, how can we not give her a massive shout-out?

Rebecca “Becky” Donaldson-Katsopolis isn’t the only character named Becky who has some great hair, either. Julia Stiles‘ character Becky in the 2003 comedy A Guy Thing always had her blonde locks in beautifully flawless curls. Enough for the fictional Beckys — let’s recognize some actual Beckys with good hair!

Singer Becky G. recently chopped her super-long brown hair, but her ombre ‘do still flows to her shoulders and makes us wish we could rock hair as amazing as hers. But there are tons of girls with the name Rebecca who don’t even need to be jealous of Becky G — because they have amazing hair themselves! Have you seen Rebecca Romijn or Rebecca Ferguson‘s luscious locks? And Becca Tilley gave us total hair envy while she was competing for Chris Soules‘ and Ben Higgins‘ hearts on The Bachelor. Oh, and we can’t forget Rebecca Black! So many great-haired Beckys, so little time!

While we are celebrating all of the Beckys with good hair, though, Beyonce (and her Beyhive, for that matter) certainly isn’t. In her song “Sorry” from Lemonade, Bey sings about a man’s lame apology for cheating on his lady — and ends with the mic-drop line, “He better call Becky with the good hair.” Although Rachel Roy and Rita Ora aren’t named Becky, they’ve both been speculated to be “Becky.” With both women have denying the rumors on Twitter, the question still remains as to who Beyonce is talking about. We certainly don’t expect it to be any of the Beckys we named, but at this point who knows what will happen!

Which Becky has the best hair in your opinion, HollywoodLifers? Who do you think Beyonce’s “Becky” is? Tell us below!