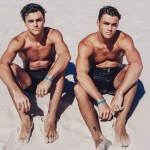 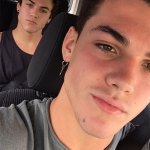 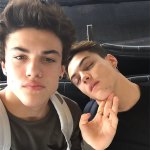 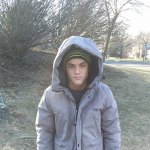 The Dolan Twins, aka Ethan and Grayson Dolan, are two 16-year-olds who have taken the YouTube world by storm! But not only are their hilarious vids wildly popular, the boys themselves are total eye candy. Find out more about these YouTube hunks below!

Ethan and Grayson Dolan, known on YouTube as The Dolan Twins, 16, exploded onto the YouTube scene in 2014 and, well, you know what they say — the rest has been history! Today, the stars have accumulated well over one million followers on the video-sharing site alone and we have to say, these talented twins are GOING places!

1. They film pretty much everything — even trips to the doctor’s office!

That’s right, for these guys, nothing is too personal! In fact, when the twins took a trip to the oral surgeon’s to get Grayson’s wisdom teeth removed, Ethan caught Grayson’s kooky reaction to anesthesia on camera right after he woke up from surgery. The eight-minute long vid is nothing short of hysterical as Grayson attempts yoga in the patient’s chair, cries about not having a girlfriend, and even stuffs napkins down his shirt!

2.  Ethan is actually older than Grayson.

Although the boys are twins, Ethan is actually about 20 minutes older than Grayson. But of course that doesn’t mean much for twins except for eternal bragging rights and maybe first pick for riding shotgun.

Fell off my skateboard and got a boo boo. Oh Nooo..

3. Both boys wrestle — and skateboard!

While skateboarding is more of a hobby, both Grayson and Ethan wrestle competitively. Grayson even won a tournament that took place at Madison Square Garden. How cool is that? And now we know their secret to being so fit! I mean, have you SEEN those muscles? It all makes sense now.

4. The twins live in California with their family.

The twins moved to Cali in October, but according to Grayson’s Instagram page, he’s still fascinated by palm trees. We get it, Gray, they’re kind of crazy looking! But Ethan and Grayson aren’t the only Dolan children. Cameron is their sister and she too has a large following on Vine. In fact, Cameron is the one who introduced Grayson and Ethan to Vine in the first place, which is how they got their YouTube start.

5. AwesomenessTV signed the duo to their channel.

The YouTube multi-channel network, founded by Brian Robbins in 2012, signed The Dolan Twins to their channel in September 2015. So far this has meant more exposure for the digital celebrities, who already boast over 5.6 million combined followers across all of their social media accounts.

How cute are the Dolan twins, HollywoodLifers? Do you love their YouTube videos?