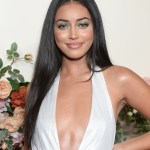 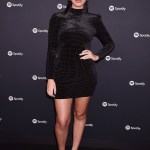 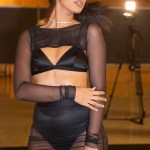 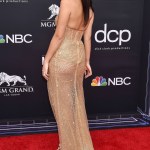 Despite only being 22 years old, Justin Bieber has gone through a lot of lovers. Yet, he always has a way or circling back to the ones that got away. Just ask Selena Gomez. Anyway, he further proved that on March 4, when he was caught flirting with Cindy Kimberly again.

Apparently, Justin Bieber is still crushing hard on 17-year-old Instagram model Cindy Kimberly, three months after he first introduced her to the world. The 22-year-old “Love Yourself” singer was actually caught flirting with her on Instagram March 4. See the proof here!

Justin was caught red-handed! According to the Justin Bieber Tracker Instagram account, the singer “liked” a pic Cindy posted on March 3. You can see the pic and his “like” above. As HollywoodLife.com previously reported, Justin and Cindy have been following each other on Instagram for quite a while. He actually started the flirting in early December 2015, when he uploaded a photo of the gorgeous brunette and wrote, “Omg who is this!!”

Not a lot is known about Cindy except she’s a babysitter, who only charges 3 pounds an hour for her services. She’s very pretty, but unfortunately for Justin, she just turned 17 in Nov., so it’ll be a while before he can actually pursue a relationship with her — if that’s what he even wants. Either way, we’re sure Cindy’s going to get bombarded by curious Beliebers now that he has “liked” another picture of hers. Last time it happened, she had a hard time dealing with the masses. “I so do not know how to deal with this,” the Instagram account @WolfieCindy posted on Dec. 8.

What do YOU think, HollywoodLifers? How do you feel about Justin flirting with Cindy? Tell us below!