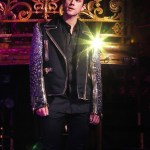 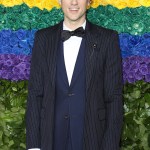 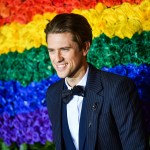 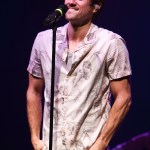 Meet the new Danny Zuko! Aaron Tveit has taken on the role made famous by John Travolta in the highly-anticipated ‘Grease: Live.’ So, who is this hottie? Here’s 5 things you NEED to know about Aaron before the epic event!

There’s a new Danny Zuko in town, and his name is Aaron Tveit! The 32-year-old will be playing the iconic role on the Jan. 31 premiere of Grease: Live. Need to get caught up on all things Aaron? HollywoodLife.com has a list of 5 things you have to know about the actor!

He made his Broadway debut as Link Larkin in Hairspray in 2006. In 2008, he began starring at Fiyero in Wicked. He left Wicked in 2009 to star in the Broadway production of Next to Normal. He also played Frank Abagnale, Jr. in Catch Me If You Can.

2. You’ll remember him from Les Miserables!

Aaron played Enjolras, the leader of the student revolutionary group, in the 2012 film adaptation of the famous novel. He starred alongside Hugh Jackman, Eddie Redmayne, Amanda Seyfried and Anne Hathaway.

Yep, the cutie was on one of the best shows to ever hit The CW. Aaron played Tripp van der Bilt, Nate Archibald’s cousin. He ran for office in the show’s third season and had an affair with Serena van der Woodsen! He later nabbed the leading role of Mike in Graceland.

4. He auditioned for the role of Finn on Glee and nearly tried out for American Idol!

Aaron tried out for the role Finn Hudson, which was ultimately played by Cory Monteith, on Glee. He was invited back to screen test, but he had other opportunities he couldn’t pass up. “Even though I saw the potential that Glee was going to be a huge hit, I couldn’t walk away from Catch Me If You Can or Next to Normal,” he told Broadway.com in 2009. He almost auditioned for the second season of American Idol, but he couldn’t miss rehearsals for his school musical.

Aaron doesn’t usually talk about his personal life, but he did reveal that he was single as of 2014. “I’m single and dating and looking to find a very nice girl. So who knows?” he told Harper’s Bazaar! Aw! Isn’t he the sweetest?

HollywoodLifers, do you think Aaron will do a good job as the new Danny? Are you excited for Grease: Live? Let us know!