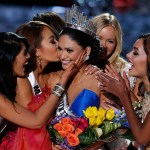 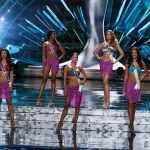 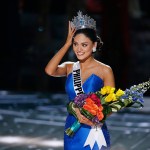 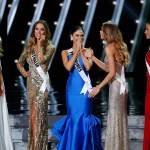 Miss Colombia may not have waked away with the crown, but she did leave with more fans than she could have ever imagined. One fan in particular is a fellow stunning Colombian woman — Sofia Vergara. See her sweet reaction to the de-crowing of Miss Colombia.

In Dec. 20, Steve Harvey, 58, made a massive mistake and broke some hearts in the process at the end of Miss Universe 2015. After reading the reveal card incorrectly and naming Miss Colombia the winner, he had to return to the stage and de-crown her. Awkward, yes, but Sofia Vergara stepped in and sent her congrats to the first runner-up.

After Steve returned to the stage and explain what mistake he made and officially crowed Miss Philippines, Pia Alonzo Wurtzbach, as the true winner — Sofia sent Miss Colombia a sweet message. She took to Instagram to write: “La Reina de todos modos” (The Queen of all). Awe, so sweet. It’s great to see that although Miss Colombia didn’t win, she has definitely left her mark!

After one of the most shocking ends to a Miss Universe pageant ever, Steve also jumped onto social media to address the situation. Clearly mortified after what happened, he laid out the apologies in a series of tweets. Poor guy. Sadly, he was in hot water for those — because he spelt Miss Colombia wrong! Steve’s initial apology tweet included the use of a “u” where the second “o” should be. The funny guy was already receiving backlash for his major screw-up, so that just gave Twitter users one more reason to bash him. Poor guy, what a rough night!

Find out what Miss Colombia has to say about the whole thing!

HollywoodLifers — what do you think about the massive mistake? Tell us below!