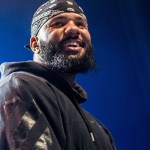 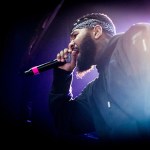 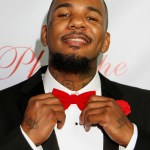 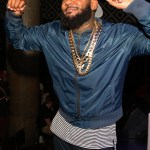 We all know that Stitches has major beef with The Game, but what else can we learn about the rapper? Click through for five important facts!

Stitches may be famous for being a rapper, but he’s going to be infamous for his longstanding battle with The Game. Their fight escalated to a new level on December 3, when Stitches attempted to confront his enemy outside a club, and wound up getting clocked in the face. Now that the fight is over, we’d like to know more about this feisty fellow. Read on for some interesting facts about Stitches!

He’s been accused of being a fraud more than once.

The Miami New Times wrote an expose of the rapper, detailing all the questionable claims he’s made over the years. He’s claimed that he was a teenage drug kingpin, who moved out of his home at 14 and was expelled from school for punching the principal. The principal said that never happened, and there’s no evidence for the rest of it. He once said on social media that he had cancer, but said it was gone the next day. There’s so much more!

There’s a reason his name is Stitches.

You wanna know how he got these scars? The rapper has Joker-like stitches tattooed on his cheeks!

He gave out cocaine at a concert.

At a show in Lake Worth, Florida, Stitches played up his drug dealer persona by inviting girls onstage to snort cocaine with him. Seriously. At the end of the show, which ended early because of that, he threw cocaine on the crowd. People in the audience said it was actually flour, though.

He has a habit of ending shows early.

For example, the show with the coke. His wife was not pleased with what was happening, and demanded it stop immediately. Good for her! And sometimes, he just walks off stage. Oh well. CLICK HERE to buy Stitches’s album!

His unusual got his unusual tattoos to “make a statement.”

It certainly worked! The way he told it to Vice, he was in and out of jail as a teenager because of other people ratting him out. “I had to make a statement to let people know what it is.” You know, snitches get stitches? As for the AK-47 on his cheek, it’s just his favorite gun. Okay. The rest of his tattoos, including full sleeves, are just a hodgepodge of things he thought were cool. You do you!

HollywoodLifers, are you shocked about Stitches and The Game’s fight? Tell us in the comments!