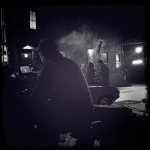 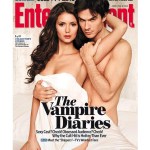 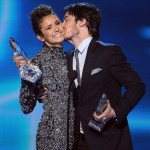 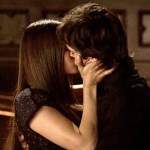 Umm, is Ian Somerhalder having second thoughts on marrying Nikki Reed, and still in love with his ex Nina Dobrev? Either that, or his Twitter account was horrendously hacked on Sept. 15. See his message to Nina here!

Ian Somerhalder, 36, professed his love to his ex and former Vampire Diaries co-star Nina Dobrev, 26, on Twitter on Sept. 15. Before “Nian” shippers get bent out of shape, it looks like poor Ian was the victim of a Twitter hack! The hunky actor’s Twitter was flooded with some strange tweets, but one in particular about Nina is bringing back memories.

Ian’s account was taken over around 9:45pm EST, and the hacker released 15 tweets, according to Just Jared. One of those tweets said: “i lOVE U @ninadobrev.” Hmm…that’s definitely a little fishy seeing as though Ian is happily married to Nikki Reed, 27! The hacker tweeted for about 20 minutes before sending out a last tweet which said: “I am so sorry.” In addition to the shocking Nina tweet, some others included: “hacked by @clou9nin3,” Mr. Robot is a fantastic tv series,” “can someone get me in contact with ian please” and “who even is ian somerhalder.”

While some fans still might be holding out hope for a Nina and Ian reunion, it seems highly unlikely. Ian and Nikki, who married in April after nine months of dating, are trying to start a family, which Ian revealed in a new interview. “It’s the most incredible thing to be happy and secure in something,” Ian said. “It’s a pretty crazy time and place to bring a child into this turbulent and insane world — but I really can’t wait to do it and really just love it.” Aww! Meanwhile, Nina has moved on with sexy actor Austin Stowell, 30.

Before Nina left TVD, she revealed that there were no harsh feelings towards her ex, and that there was even still a lot of love there — not that kind though. “I love him and the friendship is still strong and I think he’s great and I care about him,” Nina said of her ex’s wedding. That’s such a relief!

What do YOU think, HollywoodLifes? Do you think Ian’s Twitter was hacked? Let us know!