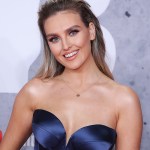 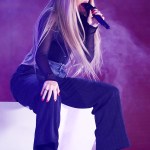 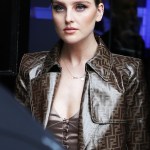 Oh no, this is just absolutely heartbreaking. Perrie Edwards broke down crying in the middle of a performance as Little Mix celebrated their four year anniversary with a LiveStream performance on Aug. 19. Watch it go down here.

It was only a matter of time before Perrie Edwards‘, 22, split from Zayn Malik, 22, and his nasty disses got to her. Although it was a happy day for Little Mix as they celebrated their four year anniversary of being a group, the British singer couldn’t help but break down and cry in the middle of their LiveStream. Thankfully she had the support of fellow bandmates and their lovely fans.

Perrie put on a brave face ever since she and Zayn called off their engagement on Aug. 4, but she could only stay strong for so long. The 22-year-old couldn’t keep it together when she sang her solo from Little Mix’s song, “The End.” As Perrie finished singing the lyrics, “And no one can love you, the way I used to do,” she started bawling before going onto the next line. Jade Thirlwall, 22, Leigh-Anne Pinnock, 23, Jesy Nelson, 24, all quickly huddled around Perrie as she is heard sobbing through the microphone. So sad. Watch the clip from the LiveStream performance below.

Even if you're in Little mix's fandom or not, if Perrie crying doesn't break your heart, then you're not a human. pic.twitter.com/yrKGHVCJTU

Even though Jesy tried her best to explain that it has been a long day for the band, it’s safe to say Perrie is still dealing with her heartbreak and Zayn’s disses towards her and Little Mix. The animosity was apparent between the former couple when Zayn unfollowed Little Mix on Twitter and proceeded to retweet a tweet in favor of Fifth Harmony over his ex-fiancé’s band. However, despite all the drama, Perrie managed to keep a smile on her face as she travelled around the U.S. to promote Little Mix’s latest single, “Black Magic.”

This sad incident follows Little Mix’s appearance on The Late Late Show With James Corden on Aug. 17. As James Corden, 36, interviewed the girls, he asked Perrie about her well being. “Are you OK? It’s been a tough few weeks, are you alright?” To everyone’s surprise the singer had such a chipper response. “Do you know what? I’m good. We are having an absolute blast in America. Things are going so well, and I just wake up every day and thank my lucky stars that I have these three girls.” Poor thing, singing those heartfelt lyrics just got to her.

HollywoodLifers, do you think Zayn will stop dissing Perrie and Little Mix after he sees her breaking down?