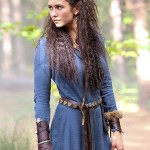 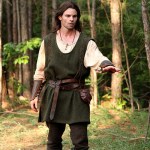 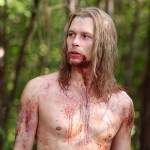 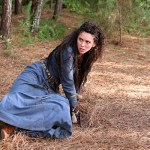 There may be a lot of new faces coming to ‘The Originals,’ including ‘PLL’ star, Rebecca Breeds as Aurora — but that doesn’t mean you can’t expect some actual Originals.

Rebekah is back you guys — in her own body. Yes, that means, that Claire Holt will be officially returning to The CW’s Originals, actually pretty soon. In case you forgot, she left during season one of the show, but returned multiple times to briefly reprise her role of Rebekah. Currently, Maisie Richardson-Sellers has been playing her inside the body of a witch.

“Aurora is part of Rebekah’s sire line,” EP Michael Narducci told E! News at TCA this week in Beverly Hills. “So we’ll get to see some flashbacks between Rebekah and Aurora, and we’ll also get to see Aurora come to our present day New Orleans and wreak some fun havoc. Absolutely, that means that Claire is returning. In flashbacks, it would have to be Claire.”

Currently, the team is “trying to work with Claire’s schedule,” but they’re really hoping to have her back sooner rather than later. “We’ve got a whole flashback storyline that she will participate in, and then we have some ideas on how we might see Rebekah again in present day in both bodies. Not at the same time!”

Both Nathaniel Buzolic as Kol and Casper Zafer as Finn’s original body, will return this season, too, Narducci told E! “It means a lot that they all still want to come back. We have had so many great actors that you will see again in flashbacks in the first episode. I love those guys.”

Season 3 of The Originals premieres on Oct. 8.