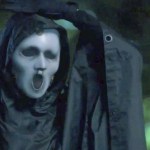 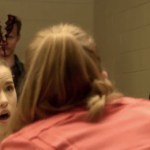 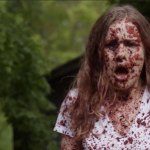 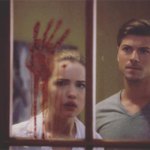 We still can’t believe Will was killed in such a brutal way on the Aug. 11 episode of ‘Scream,’ but HollywoodLife.com talked to Connor Weil EXCLUSIVELY and he explained how the idea for his character’s death came about and what we should expect from the final three episodes — plus, watch the brand new trailer for those last three!

It’s such a shame that Will was killed on the August 11 episode of Scream because Connor Weil, who portrayed the character, is such an awesome dude. HollywoodLife.com talked to Connor EXCLUSIVELY after watching the “grotesque” episode, and he spilled details on his “cool” death scene, the identity of the killer(s), as well as what he’ll miss most about the show.

Will’s death on Scream has been the most graphic of the series thus far. We’ve never seen so much blood! So when HollywoodLife.com talked to Connor EXCLUSIVELY, we had to find out if he had any say in the way he went out. “All I could do was offer my opinion. I wanted the coolest, [biggest], most grotesque [death], and that’s what I got,” he said.

As for when Connor found out Will was going to die, he told us he found out “right at the beginning, before shooting episode 6. Because the episode ends in such a cliffhanger, the showrunner called and said just so you know this isn’t the end, but it is the beginning of the end. So that’s when I knew and I had to keep it a secret. They like the cast to find out as we do shooting, so I kept it a secret between episode 6 and episode 7. It was a fun secret to keep.”

And even though he’s done filming, there’s one secret he’s still keeping — the identity of the killer. Connor told us viewers will definitely find out the identity of the killer before Season 1 comes to a close on Sept. 1. “You definitely find out who the killer is, but you will also have a good transition into Season 2,” he said before adding that it may or may not be more than one person. “We’re trying to do throwbacks to the movies, but be prepared for anything. Most of the similarities are just coincidences.”

Connor also talked a little bit about Will’s journey and whether or not he feels he redeemed himself, especially in regards to his relationship with ex-girlfriend Emma (Willa Fitzgerald). “I feel like Will did his part. He was always in the wrong place at the wrong time. I feel like through everything [and after finding out he tried to make things right with the mayor], everyone was like, ‘Wow. Will was an amazing guy.’ But they also realized Jake’s not a knight in shining armor either.”

We’ll definitely miss Will, but we’re also excited to see what happens next! Make sure you watch new episodes of Scream on Tuesdays at 10 p.m. ET on MTV, and if you want to catch up on old episodes (we strongly suggest you do), click here.

How do YOU feel, HollywoodLifers? Are you upset Will died? Are you satisfied with the way he went out? Tell us how you feel, and watch the trailer for the final three episodes: