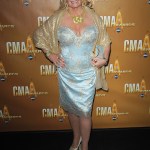 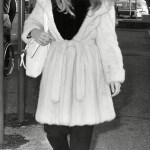 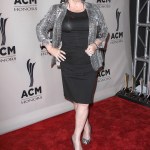 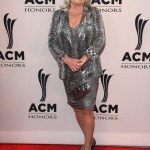 So sad. Country music star Lynn Anderson, who’s best known for her hit ‘Rose Garden,’ died in Nashville on July 30, a new report claims. She was 67. Read on for all the details.

The 67-year-old country music legend, who’s best known for her hit “Rose Garden,” had reportedly been hospitalized for pneumonia after returning from a vacation in Italy, according to TMZ. But her life was cut short after suffering a heart attack, the site claims.

While her biggest hit, “Rose Garden,” was released in 1970, Lynn continued to make music up until her last days on Earth. Her most recent song, “Bridges,” was released in June.  “Rose Garden” remained her biggest hit and earned her a Grammy award for Best Female Country Vocal Performance in 1971. The song also remains one of the most successful country crossover recordings of all-time.

“It was popular because it touched on emotions,” Lynn once told the Associated Press. “It was perfectly timed. It was out just as we came out of the Vietnam years and a lot of people were trying to recover. This song stated that you can make something out of nothing. You take it and go ahead. It fit me well and I’ll be proud to be connected to it until I die.”

In her lifetime, Lynn appeared on TV alongside stars such as Lucille Ball, Bing Crosby, John Wayne and Tom Jones. She also performed for presidents Richard Nixon, Gerald Ford, Jimmy Carter and Ronald Reagan. And she once appeared on Starsky and Hutch, as well as the 1982 TV movie Country Gold.

Our thoughts go out to Lynn’s friends and family during this difficult time. Lynn is survived by her country songwriter father, Casey Anderson, her partner, Mentor Williams, and her children, Lisa Sutton, Melissa Hempel and Gray Stream.