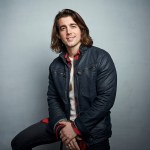 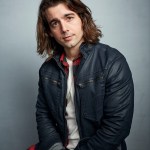 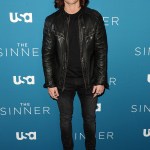 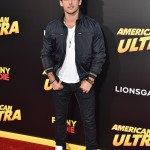 Going from Disney heartthrob to indie hottie, John DeLuca stars in ‘Staten Island Summer’ along with some of ‘SNL’s biggest stars. In an EXCLUSIVE interview with HollywoodLife.com, he reveals what he learned on set!

John DeLuca, 29, went from one world to another when he stepped out of his Teen Beach 2 role as tough guy Butchy and into the flip flops of Anthony, a lifeguard looking to join the Navy in Staten Island Summer. Sitting down with HollywoodLife.com for an EXCLUSIVE interview, the actor revealed what it was like working alongside the SNL cast as well as what they taught him about improv.

The summer of 2015 has been super exciting for John DeLuca with the release of Teen Beach 2, and it’s about to get even better when Staten Island Summer hits theaters on July 24 and Netflix one week later on July 30. Oh, and it’s also available for digital rental/download on iTunes already! Thankfully HollywoodLife.com got to catch up with John before the exciting indie comedy released, and he told us EXCLUSIVELY all about working with some of comedy’s best, including Cecily Strong, Bobby Moynihan, and Colin Jost!

“The two people I have the scenes with the most are two ‘SNL’ alum, they are Bobby Moynihan and Cecily Strong,” John explained. “Cecily is like a love interest of sorts and Bobby is one of my good friends in the movie, so a lot of my scenes are with them. So, to be on camera with them, and kind of watching them work off of each other, was just an education, really. The whole thing was like a really great educational experience.”

Even better? John shared that the SNL cast, who he called a “family,” were extremely welcoming to the newcomer. “I was scared, you know, being an outsider of sorts. They’re all New Yorkers, for the most part. I was coming in from LA, and not knowing a lot of them. And I’m not part of like the “comedy family” that they’re all a part of,” John explained. “They couldn’t have been more welcoming and they made me more comfortable. Made me feel like I could make strong choices and take chances, step up and kind of banter with them in these scenes.”

And, even though he went from working on a big budget film like Disney’s Teen Beach 2 to an indie comedy like Staten Island Summer, John said what he cares most about is the quality of the work involved. “It doesn’t have to be about the size of anything,” he shared. “What I’ve loved about both projects is the people that you’re surrounded by, and the creative minds that are making the project. The amount of money the project has, it changes your limitations in terms of what you can do, but at the end of the day it comes down to how hard working the people are and the quality of the writing or the music or whatever the case may be.”

Make sure you check out Staten Island Summer, which hits theaters in select cities on Friday, July 24. If you can’t catch it in theaters, you can check it out on Netflix starting Friday, July 30! Click HERE to watch the film’s trailer.

Tell us, HollywoodLifers — Are you excited to see John in Staten Island Summer? Comment below with your thoughts!