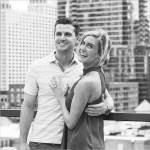 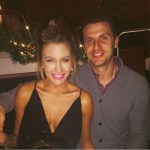 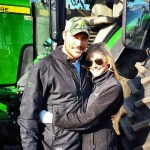 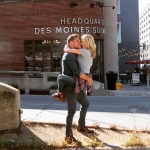 ‘Bachelor’ fans are heartbroken over the shocking split of Chris Soules and Whitney Bischoff — but did it happen because of ‘Dancing with the Stars?’ HollywoodLife.com spoke to Chris and Whitney, and they both admitted it had been hard on them!

Chris Soules was constantly rehearsing and focusing on Dancing with the Stars, so maybe it got too much for fiancée Whitney Bischoff? The two officially announced their split on May 28, and HollywoodLife.com has an exclusive interview with the pair right before they called off their wedding.

Did Chris Soules & Whitney Bischoff Break Up Over ‘DWTS’?

“He just comes home, like, sorry babe. I’m so tired,” Whitney, 22, told us at the Radio Disney Awards on April 26. Chris chimed in that even when he wasn’t rehearsing, it still took a toll on him at home.

“I come home, we’ll tape certain portions of the rehearsal on my iPad and I’ll watch that, study it, try to go through, listen to music by myself,” Chris said. “I have to go home and do a lot of homework every night.”

When talking about the amount of time he actually got to spend with his fiancée, he admitted “it’s gotten worse” as the show continued. “It’s hard to really focus on [the dances] and nurture the relationship,” he said before adding that she was “supportive every step of the way.”

Sean Lowe, the former Bachelor who also competed on DWTS, told HollywoodLife.com right before Chris’ season of Dancing began that he knew it would be tough. We asked if he had any advice for Chris and he simply said, “Spend as much time with your new fiancee as possible. Being on Dancing with the Stars is exciting and all, but the twelve hour dance rehearsals can place strain on the new relationship.”

The couple released a joint statement about their split:

Whitney Bischoff and Chris Soules have mutually and amicably decided to end their engagement. They part with nothing but respect and admiration for one another and will continue to be supportive friends. They wish to thank everyone who has supported them through this journey.

While we’re sad to hear they split, we’re so happy that they are still staying friends! Maybe Chris will find love again, if ABC decides to cast him as The Bachelor for a second time.