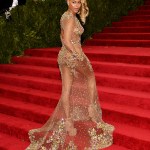 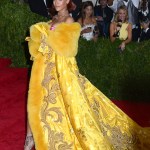 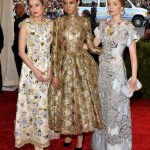 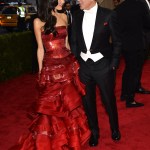 From runway to real life! At the 2015 Met Gala, actress Lily Collins rocked the very same Chanel outfit that supermodel Kendall first debuted on the runway. Check out the deets of their looks, and VOTE on who you think wore it better!

The coolest thing about seeing a runway outfit in real life is that celebs like Lily Collins, 26, totally know how to make it their own. She did just that at the Met Gala on May 4 with a feminine, springy Chanel ensemble — the same one that Kendall Jenner, 19, wore back in January during Paris Fashion Week. This is a tough one, but only one starlet can be the winner — it’s up to you!

The Met Gala is fashion’s biggest night of the year, and stars are expected to flaunt the most fashion-forward looks possible. Lily Collins followed the rules, of course, and sported a modest Chanel top and skirt — exactly as Kendall Jenner did just a few months earlier.

Unlike a traditional ‘who wore it better,’ in this instance Lily rocked it right after it came down the runway — it just so happens that the model in the look on the catwalk happens to be Miss Kendall Jenner. On the runway, Kendall totally bared her midriff. In turn, Lily chose to alter the top so it nearly connected to the skirt for a more demure look, and opted for open-toed black stilettos. She did, however, sport the same black net veil as Kendall for that bona fide Parisian flair that Karl can’t get enough of.

As for beauty, both flaunted bold brows and an intense red lip — it looks like the Chanel beauty look totally inspired Lily! They kept their hairstyles low key; gently tousled bangs for Lily, and straight locks with a center part for Kendall. Lily borrowed some of Chanel’s punk detailing by rocking black nail polish, while Kendall sported light pink polish on the runway. J’adore!

Do you think Kendall Jenner or Lily Collins wore this Chanel look better? Vote and let us know!