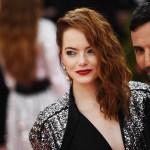 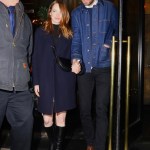 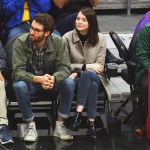 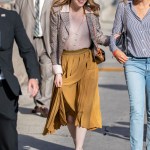 Oh no! Hollywood’s most adorable couple, Emma and Andrew, are no longer together, according to a new report. Find out what happened to the pair who have been together for over 3 years!

Don’t worry, Emma Stone, 26, and Andrew Garfield, 31, are not over for good, but they are taking some time apart to figure things out, according to the sad new report. The long distance nature of their relationship has really taken its toll on the stars — find out what promoted these two to put their dating status on pause.

They always seemed so happy together — what went wrong?! “It’s clear they’ve drifted apart. It’s an unspoken issue, but everybody knows they are on hold,” an Insider shared with Star magazine.

The couple has been going though a “rough patch” and being thousands of miles apart hasn’t helped. Andrew has been shooting a film in Taiwan and will soon be filming in Australia.

Nobody suspected anything was wrong with their relationship until Andrew was a no-show at the Oscars and The Golden Globes, where his girlfriend was nominated.

“Yes, Andrew was filming but he could have gotten away if he really wanted to. The fact was, neither one of them wanted to plaster on a smile and pretend everything was OK when it wasn’t,” the source explained.

Like we said, the couple hasn’t completely broken up (thank goodness!)

“They are taking some time apart to figure things out. They need to know if what they once had is worth saving,” the insider insisted.

HollywoodLifers, do you think Emma and Andrew will end up getting back together? Let us know your thoughts in the comments below!