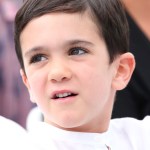 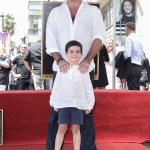 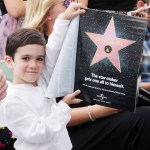 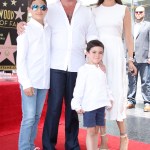 Well, this doesn’t make the headlines every day. During a recent ‘Britain’s Got Talent’ audition, judge Simon Cowell was actually hypnotized– and that’s not even the weirdest part of the story!

You are getting sleepy, Simon. Auditions for Britain’s Got Talent are currently underway and, during one contestant’s tryout, Simon Cowell was definitely influenced. The talent at hand was the ability to hypnotize and it totally worked as Simon actually fell face forward onto the judging table. But stranger yet, the hypnotist wasn’t your typical sorcerer-next-door; it was actually a dog. Yes, a dog hypnotist really hypnotized Simon Cowell!

Simon Cowell Hypnotized By a Dog on ‘Britain’s Got Talent’

This certainly falls under the category of “you can’t make this stuff up.”

Britain’s Got Talent has seen its fair share of kookiness, but a hypnotizing dog may take the cake. Simon, 55, might not have believed in the pooch’s potential to stun because he got up on the performance stage and went toe to toe with the German Spitz (named Princess, natch).

At first, Princes didn’t seem to have taken much of a toll on Mr. Cowell, but when he resumed his seat at the judging table, he told fellow judges Amanda Holden, Alesha Dixon and David Walliams that he didn’t feel well. Right after the cameras stopped rolling, Simon slumped his head onto the table for a few moments, according to News 24.

Following Simon’s momentary lapse of consciousness, Princess was brought back out to wake the acerbic judge up and, according to a source who works on the show, “it was the freakiest moment we’ve ever had.”

In fact, Simon wasn’t the only member of the show to fall victim to Princess’s powers. Series hosts Ant & Dec both took the plunge and stared into the pup’s eyes, and were creepily unable to remember the number seven while they attempted to count to ten.

Um, if we ever run into Princess, remind us to head in the other direction.

Do you believe that Simon was hypnotized?