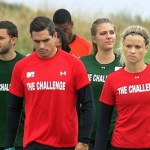 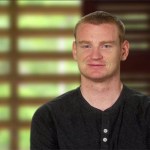 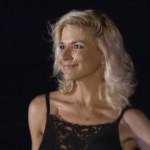 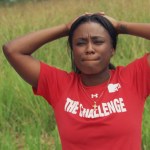 It was definitely a tough night for the MTV family. On Jan. 27, his costars gathered to pay tribute to Ryan Knight, ‘The Real World: New Orleans’ alum who sadly passed away on Nov. 27.

It was a tough night for The Challenge family. After an elimination on the Battle of the Exes 2, MTV held a special after show to remember Ryan Knight, and cast members, including his on-again off-again girlfriend and BotE2 partner, Jemmye Carroll.

To pay tribute, Jemmye was joined by Camilla, and Preston, who also starred on The Real World: New Orleans and competed as Knight’s partner on Rivals II. Additionally, Johnny Bananas, Nany, Brittany and Adam stayed on stage.

MTV then aired a very emotional montage of clips — including emotional moments, fights, kisses, and of course, those in-house pranks. After the clip, it was clearly extremely emotional as everyone was in tears.

“From the moment that we met, we knew there was something different and special about him,” Jemmye said, while Preston admitted he thought he was a jerk. “He was the only guy that I knew that could push my buttons so much, but every time he did it, it made me stronger.”

Jemmye also explained that even though they were broken up, they always had each other’s back.

“God broke them old after they made him,” Johnny said.

Jemmye Talks Knight: He Was My Soulmate

Some of the costars talked to PEOPLE during the tribute — specifically Jemmye, who dated Knight after meeting him on The Real World: New Orleans, and competed as his partner on Battle of the Exes 2.

“It sucks [that he died at only 28 years old] because he was the person that loved life the most, and he would want people to party on,” she said. “Knight was always the most carefree person. He didn’t care about two years from now, he lived in the moment.”

During the montage, it was most difficult for her when the footage from 2010 ran.

She also emotionally added, “I just pray to God that when he took his last breath, he knew that I had nothing but love for him.”