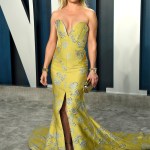 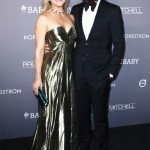 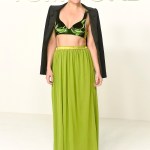 We were shocked to hear that Kate and Matt officially called off their engagement after three years, but now we know that they’ve actually been having troubles for over a year — which included a lot of fighting and jealousy!

Kate Hudson‘s “flirtatious behavior” has always been a problem for her boyfriend, Matt Bellamy, a source close to the couple has revealed to HollywoodLife.com! The news broke that the 35-year-old actress called off her engagement to the Muse singer on Dec. 8, but we know that her friendship with Derek Hough was actually a big reason the parents of one called it quits.

“Kate and Matt have had serious problems for over a year,” an insider told HollywoodLife.com exclusively. “To be honest, their friends are shocked they lasted this long.”

The couple, who started dating in 2010 and got engaged in April 2011, have one son, Bingham. However, that couldn’t keep them together.

“Kate is a terrible flirt and Matt has always been jealous of her relationship with other men. They have had many fights over her flirtatious behavior in the past,” the source added, and that included Derek Hough, 29, who became Kate’s private dance teacher last year — and they had “immediate chemistry.”

“Friends of Kate and Derek were all buzzing about the sparks between them. They were always being extremely flirty with one and other, laughing and touching. Whenever Kate was with Derek she didn’t act like she was engaged to another man,” the insider added.

Apparently, when their friendship expanded outside the dance studio — to dinners and even Disneyland, it really upset Matt. They were spotted out together at Disneyland in Dec. 2013. Whenever Matt and Kate would have issues, “Derek was always there to come to for Kate.”

We’re so sad that the couple split, but we’re kind of hoping that Derek and Kate will get together! What do you think, HollywoodLifers?