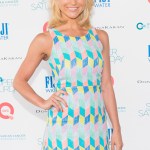 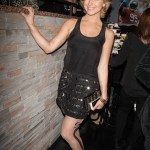 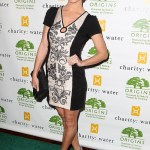 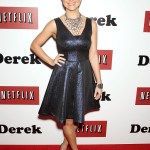 So sad. The MTV reality star died on Nov. 14, following a lengthy cancer battle. But the day before Diem died, she almost went home. Find out why.

Diem Brown never liked to think of dying. She never even considered the idea of losing her battle with cancer. In fact, when doctors moved the MTV reality star to hospice care on Nov. 13, her friends told her that she had been upgraded to a nicer room because they knew she wouldn’t want to hear otherwise, according to a new report. Diem allegedly felt that she had a long future ahead of her, which is why she requested to go home the day before she died.

“Every day she spent in the hospital, she wanted to know when she was going to go home and what she needed to do to make that happen,” her sister Megan told PEOPLE. “The day before she passed, she told the nurse, ‘Hey listen, I’m just gonna go home and get cleaned up real quick – but I promise I’ll come right back.’ Her mental fight was out of this world.”

“Death wasn’t an option,” her friend, Alicia Quarles, said. “It was 95 percent determination and 5 percent denial. In her mind she wasn’t going to go.”

Diem kept her focus on the future — she had plans for the holidays and so much more.

CT On Diem Brown: ‘I Love You Always & Forever’

CT posted a heartfelt photo of her and wrote:

You have always been My Angel. And now you have your wings. We’ve been thru so much over the years. Thru the ups and downs we somehow managed to keep our promise. We never gave up on each other. Our plan to be together forever hasn’t changed… it’s just going to take a little longer now. And I’m going to hold onto this ring for you till we are together again. So don’t worry mama, I’m not afraid. I know you will always be with me to give me your strength. You are The Love of My Life. My reason to be a better man. I Love You Always and Forever.

Diem’s family and friends continue to be in our thoughts and prayers.