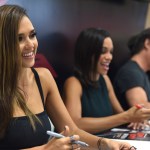 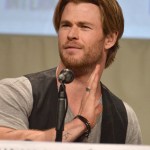 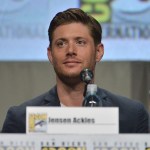 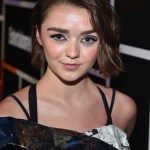 After the massive success of the 2014 ‘Godzilla’ reboot, a sequel was inevitable. The follow-up film was announced at Comic-Con on July 26 and a trio of monsters was revealed!

Godzilla shall return — in the form of a sequel! The highly-anticipated second installment about the classic monster was given an official go at Comic-Con on July 26. So, who will be terrorizing the world this time around? Godzilla better get ready because Rodan, Mothra and Ghidorah will all be ready to fight.

‘Godzilla’ Sequel At Comic-Con: Rodan, Mothra & Ghidorah Will All Fight

Let’s hope San Francisco has recovered by the time the Godzilla 2 rolls around. Director Gareth Edwards, 38, confirmed the second film on July 26 and detailed who would be causing a major ruckus.

Mega monsters Rodan, Mothra and Ghidorah will all make their fearful presence known in the sequel.

During the panel titled “Classified Monarch Footage,” a reel of footage was unveiled to announce the savage monsters, NME reports. Messages appeared in the clip that read, “CODENAME: RODAN,” “CODENAME MOTHRA” and “CODENAME: GHIDORAH.”

As the teaser came to an end, a warning was made: “THREAT ASSESSMENT: CONFLICT INEVITABLE.” “LET THEM FIGHT” was the last formidable omen before the clip closed.

Rodan is known for being a pteranodon beast that may have been subjected to radiation. Mothra is a giant, daunting moth, while Ghidorah is the ultimate baddie, seeing as though the monster is a three-headed dragon!

There is no set date for the Godzilla sequel to be released. The first film starred Aaron Taylor-Johnson, 24, Elizabeth Olsen, 25, and Bryan Cranston, 58. Godzilla 2 is sure to be bigger and badder than the first.

HollywoodLifers, are you excited about a Godzilla sequel? What do you think about the villains? Let us know!