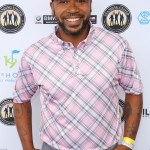 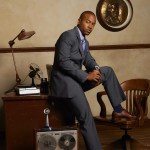 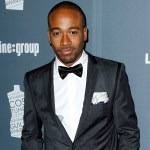 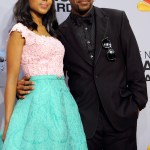 Following Columbus’ alleged assault on his wife, Tuere Short, ‘Scandal’ fans are thinking — and hoping — that he will be fired from the show. And it just so happens that April 17 is the finale. Do you think he’ll get killed off because of his personal drama?

On April 7, Columbus Short, who plays Harrison Wright on Scandal allegedly caused a scandal of his own after getting into a violent fight with his wife, Tanee McCall-Short. She filed a restraining order and then on April 15, she filed for divorce. So, what does this mean for Columbus’ career on Scandal?

Columbus Short — Will He Get Fired From ‘Scandal?’

In the divorce paperwork, Tuere cited irreconcilable differences and stated she wanted sole custody of their 2-year-old daughter, Ayala, according to TMZ. Columbus, 31, had a knife in his hand and tried to choke his wife, the report states, forcing her to play a game called “Truth or Truth.”

The rules were that if she lied, he’d stab her in the leg. He reportedly believed that his wife, 32, was cheating, but when she denied it, he threatened to kill her and then himself. He also allegedly slashed her car tire so she couldn’t leave.

Columbus released a statement on April 17 about his wife’s allegations:

As you all know, lately my personal life has been subjected to a lot of press. As much as I would like to provide my side of events, my counsel has instructed me that a Court of law is the only and proper venue to deal with such matters. Accordingly, I must refrain from making any comments even though that is very difficult for me under the circumstances. Thank you to my fans for your continued support during this difficult time.

In the midst of the drama — which came to a head a day before the Scandal season three finale — fans are not happy, and are even going as far as to tell producers, along with writer and producer, Shonda Rhimes, to fire him!

Scandal’: Will Harrison Be Killed Off After Real-Life Trouble?

After getting a bar fight a few months earlier, Shonda allegedly warned him to clean up his act or he was out, multiple outlets reported.

Read the tweets below then let us know — do you think Columbus should be fired from Scandal?

im slightly confused bc shonda fired isaiah for saying a gay slur but didn’t fire columbus for threatening to murder his wife ??

So, I Guess It’s Safe to Say that Columbus Short Will Not Be Returning to #Scandal http://t.co/DmMjX6din8

so is columbus short getting fired from scandal because yes please