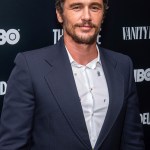 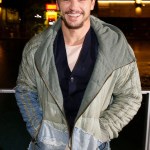 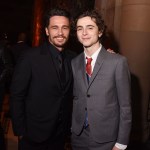 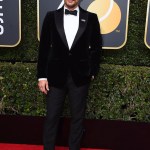 James Franco, 35, is being harassed on social media after screen grabs leaked online of a conversation — first over Instagram then over text — that he allegedly had with a 17-year-old fan. See all the screen grabs here.

Didn’t anyone tell James Franco that once something is posted on social media it’s in the world forever? Well apparently not! After a fan, Lucy Clode waited outside of James’ Broadway show Of Mice & Men on April 1, to meet him, he allegedly reached out to her and asked her if she wanted to meet up — even though she’s half his age.

Lucy, a teen from Scotland visiting NYC with her mother, took pics of James leaving the show as well as a video, both posted on Instagram, and you can hear him saying that she has to post and tag him in it. So that’s what she did — and the rest is history.

James Franco Confesses Why He Hit On 17-Year-Old Girl

James Franco’s Instagram Hoax: It All To Promote His New Film?

On April 2, screengrabs leaked of an apparent exchange between James and Lucy in an Instagram message where he asks her how old she is (she answers 17), then asks when her birthday is. The conversation goes on for some time on Instagram, when he asks where she lives, what hotel she’s at, and for her phone number.

She apparently gave it to him — because a text message was also leaked. In the iMessage, he asks to see her and she says, “As long as you are James Franco.”

As any girl was, she wanted proof it was him —  so, he sent a pic waving, which really anyone could just google and find. So she requests a more personal one. Her request is his demand as it seems — he sends one of himself holding a sign that says “Lucy” on it.

Now, there’s no proof that any of these are real and no word on where they came from. Additionally, the date of consent in NYC is 17 so it would not be against the law if they had hooked up.

Later that day, James posted a response to the leaked pics in an Instagram photo — which has now been deleted — but fans had screen grabbed it. The photo was of James with text over it that read, “Why are you thirsty for underage ones?” Even though the photo was deleted, he shared it on Twitter and didn’t delete the tweet, which read, “I’M NOT! I HOPE PARENTS KEEP THEIR TEENS AWAY FROM ME! Thank you.”

In case you were wondering, after the pics were leaked, Lucy’s account began getting tons of comments, in which she responded saying that she turned him down!

Do you think the messages are real? Do you think he’s creepy? Are you surprised she turned him down? Let us know!