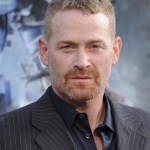 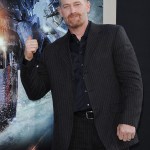 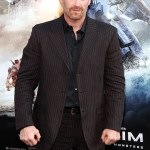 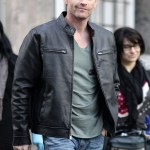 The ’50 Shades Of Grey’ cast just got a whole lot sexier! Max will be playing Christian Grey’s trusted and hunky bodyguard, Jason Taylor. Are you as thrilled as we are about the casting choice, HollywoodLifers?

Revenge actor Max Martini, 43, has officially been cast to play Jason Taylor, our sister site Deadline reported on Nov. 26. With Jamie Dornan, 31, confirmed to play Christian Grey, we couldn’t have chosen a hotter man to protect him! Read on for more details.

We think Max looks absolutely perfect for the role of Jason! His chiseled, handsome face and tall, muscular body will definitely protect Christian — and make us weak in the knees at the same time!

Max, who is a trained theater, film and TV actor, is no stranger to playing strong, silent-type roles. He played former FBI agent Frank Stevens on Revenge and a SEAL commander in Captain Phillips. He also played a Navy SEAL in Criminal Minds.

Now that Fifty Shades of Grey producers have chosen Jamie and Dakota Johnson as their Christian Grey and Anastasia Steele, they’re moving on to casting key supporting characters, such as Christian’s brother, Elliot Grey, who will be played by actor Luke Grimes.

Anastasia’s secretly-smitten best friend, Jose Rodriguez, was also recently cast, and will be played by Victor Rasuk. The sexy Dominican actor, who has starred in the HBO TV series How To Make It In America, will play Christian’s love rival.

What do YOU think about Max being cast as Jason, HollywoodLifers? Let us know!