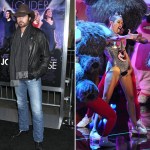 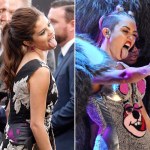 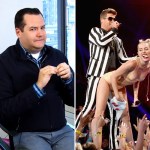 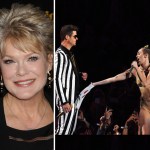 Uh oh! After Miley’s controversial remarks to ‘Rolling Stone’ magazine praising marijuana and molly, a new report claims that her friends are worried she’s using the drugs too much — even on stage!

With Miley Cyrus’ antics becoming wilder than ever and her recent admission that she likes MDMA, also known as molly, her friends are reportedly starting to fear she has a problem. And they may have come up with an explanation for why Miley’s performance at the MTV Video Music Awards on Aug. 25 was so bizarre.

Miley Cyrus: Is She Using Drugs Too Much?

The singer’s friends are concerned that Miley is popping molly — which she references in her song “We Can’t Stop” — too much, according to Page Six. Too much, as in all the time — the friends reportedly even suspect that Miley was high during her controversial performance at the VMAs!

The friends believe that the performance, which featured a hefty amount of twerking on Robin Thicke and some vulgar gestures involving a foam finger, was so out there because Miley was under the influence. And as further proof they reportedly point to Miley’s white-coated tongue during the VMAs. MDMA users often become dehydrated, leaving them with a dry mouth and a discolored tongue, Page Six reports.

Miley’s friends may be concerned about her drug use, but she certainly doesn’t seem worried in any way. The boundary-pushing star instead dished about her drugs of choice in an interview for the October issue of Rolling Stone. “Hollywood is a coke town, but weed is so much better,” Miley said. “And molly, too. Those are happy drugs — social drugs. They make you want to be with friends. You’re out in the open. You’re not in a bathroom.”

But it’s possible that there can be too much of a good thing, especially when it comes to drugs. Miley may not think she’s endangering herself, but she could be — the MDMA-related deaths at Electric Zoo 2013 prove that — so she might want to be careful.

For Miley’s sake, we hope her drug use is being overstated, and that she’s not putting herself in a dangerous spot.

WATCH: Miley Cyrus: ‘Weed Is The Best Drug On Earth’