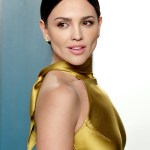 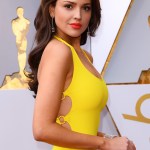 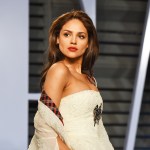 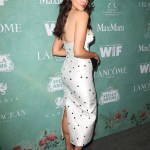 Though Liam Hemsworth’s new flame has admitted to getting some work done on her nose, multiple doctors tell HollywoodLife.com EXCLUSIVELY that the extent of her plastic surgery goes way further than that.

Liam Hemsworth’s new love interest Eiza Gonzalez has not been afraid to admit that her looks are not all-natural, but she may still be hiding some things. HollywoodLife.com has all the EXCLUSIVE details!

Comparing pictures of Eiza at 16 and at 23 years old, it’s clear that a lot of things have changed — and not just her nose, which Eiza admitted to getting augmented on the Spanish talk show Hoy in 2011. Though the facial differences may have been caused by simple maturing and weight loss, both Yael Halaas, MD and Fellow of the American College of Surgeons, and Dr. Marina Peredo of Spatique Medical Spa believe the changes may be artificial.

“Her jawline seems less square and wide,” Dr. Halaas told HollywoodLife.com exclusively. “This can be achieved by using Botox in the muscle there.” Dr. Peredo also questioned Eiza’s jaw area:

It seems she may have had fillers injected into her cheeks as they are noticeably higher and more pronounced in the recent picture compared to the first one. Cheek augmentation also makes the whole face appear thinner and longer which is definitely apparent in the after photo.

Both doctors pointed to other features that seem to have been altered as well, like her eyebrows and even her lips. “Her upper lids seem more visible which can be achieved by upper lid blepharoplasty,” Dr. Halaas said, while Dr. Peredo added, “Another area of question would be her lips. Her lips look a lot fuller now which could mean she may have gotten injections to plumpen them.”

Although her facial structure looks different and more attractive, most of that seems to be due to “growing into her looks,” along with significant weight loss and professional makeup and hair. She does appear to have had Botox treatments in her forehead and brow. She also may have have some work on her chin (perhaps even at the time of her rhinoplasty, which is a very common combination) as it appears smaller and better defined. She likely had a small chin implant placed.

The consensus is definitely that Eiza has likely put a lot of work — and money — into the sexy face she has now.

Which in some sense has to make Miley Cyrus feel good. Seeing her ex jump straight from their breakup to kissing the sexy Mexican actress/singer hasn’t been easy for her. “It’s very hurtful that Liam’s moved on and isn’t even trying to hide it,” a source close to Miley told HollywoodLife.com exclusively. “Miley’s putting up a good front and trying to play it off like she doesn’t care but she’s really f’ed up over this.”

Eiza’s laundry list of possible plastic surgeries at the very least will give Miley something to help forget her Liam woes.

What do you think, HollywoodLifers? Has Eiza had more than a nose job? Let us know!