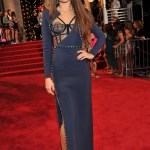 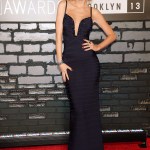 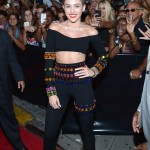 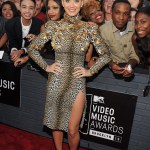 Welp, looks like the dissing has NOT stopped. Accepting her award for “I Knew You Were Trouble,” which is obviously about her 1D ex, Tay Tay laid down a HUGE diss while Harry sat quiet and dumbfounded. Can you say uncalled for?

Leave it to Taylor Swift to turn an acceptance speech into the ultimate ex-boyfriend diss! It’s been a pretty long time since she took out her Harry Styles breakup frustrations at an awards show, but things went back to normal on Aug. 25 when the singer slammed her ex at the VMAs.

After a fairly nice speech accepting the award for Best Female Video for the song “I Knew You Were Trouble,” Taylor then went off the rails:

I also wanna thank the person who inspired this song, who knows exactly who he is, because now I got one of these!

Much props to the VMAs producers, who immediately cut to Harry in the audience, who sat looking completely stunned, clearly trying hard not to laugh at the crazy petty diss. The looks on Harry’s One Direction band mates’ faces were pretty incredible too.

That wasn’t all though. Earlier in the night when 1D took the stage to present an award, cameras cut to Taylor, who appeared to be whispering “Shut the f**k up” to her BFF, Selena Gomez. Let us sarcastically say, Taylor seems totally over Harry.

Taylor Swift’s Harry Styles Diss: Did She Go Too Far?

Come on Taylor, was this totally necessary? The feisty singer already took her shots at Harry while opening the Grammys on Feb. 10, donning an English accent during “We Are Never Ever Getting Back Together.” That diss was somewhat understandable, considering her breakup was still pretty raw then.

But it’s been almost nine months now, and Taylor still feels the need to call out her ex in front of millions of people. It doesn’t make her look fierce or strong — it sort of just makes her look immature.

And based on Harry’s reaction — or lack thereof — it’s clear that he’s the mature one in this feud, even though he’s four years younger.