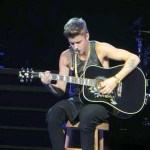 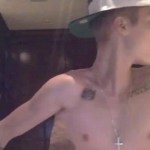 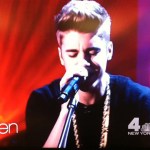 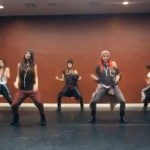 Selena visited ‘The Late Show’ with David Letterman on Mar. 18, where the two discussed her relationship status and bonded over the fact that they’ve both made Justin cry! Funny or way mean?

While in the midst of her promotional tour for Spring Breakers, Selena Gomez paid a visit to CBS’ The Late Show on Mar. 18 to have a talk with funnyman David Letterman. Apparently, talk about Selena’s ex-boyfriend Justin Bieber wasn’t off the table, as Dave and Selena found they share something in common when it comes to the young singer: They’ve both made him cry!

As both the audience and Selena, 20, burst into laughter, the former Disney princess said, “Well, then, that makes two of us.”

Her comment, of course, earned even more laughter from the audience, as well as Dave, who offered Selena a fist bump and said, “Wow, that’s pretty good. Pretty strong!”

During the interview, Dave also asked if Selena had started dating any boys yet, to which she replied, “No, not yet, no.” He asked for confirmation that she wasn’t with Justin anymore. She told him, “No, I’m single, I’m so good.” Dave replied, “Yeah, I think you’re fine.”

Selena Takes In A Lakers Game

The night before, Selena was still in L.A., where she attended a Lakers game with her agent, looking gorgeous and smiling while sitting courtside in a plaid shirt and skinny black jeans. Although it’s been tough, Selena has been doing her best to move on from Justin. We wish them both the best!

Do you think Selena’s joke about making Justin cry was funny or over the line, HollywoodLifers?