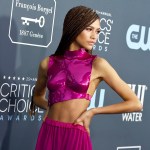 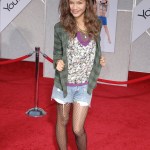 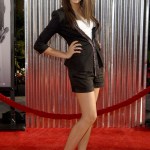 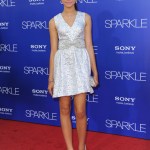 Zendaya has become one of the most sought-after young actresses in Hollywood right before our eyes! Now, we’re taking a look back at where it all began and the transformation she’s made in honor of her 24th birthday.

Zendaya is undoubtedly one of Hollywood’s young rising stars. The actress has seamlessly transitioned from children’s TV to action-packed blockbuster movies and mature drama series with absolute ease. As she excitingly turns 24 on Sept. 1, we know that the multi-talented actress is just getting started, and in honor of her special day and her recent Emmy Award nomination for Euphoria, we’re taking a look back at where it all began and how she became the knockout performer she is today.

Zendaya’s career kicked off in the latter half of 2009, when she began filming appearances in Good Luck Charlie and later developed a music career with hits like “Dig Down Deeper” and “Swag It Out.” She regularly partnered with her fellow Disney pal Bella Thorne, and between 2010-2013 played Rocky Blue on the Disney Channel series Shake It Up alongside Bella. By 2014, it was seemingly all about the music for Zendaya, who previously released her self-titled album one year prior in 2013.

The actress and singer appeared in a slew of music videos for her work, while also balancing her time as K.C. Cooper on the Disney series K.C. Undercover, which ran from 2015-2018. It was also during this time when the talented young star began to flourish outside of the Mouse House. In 2017 she starred alongside Tom Holland in Spider-Man: Homecoming, and later that year she dazzled audiences in The Greatest Showman where she showed off her singing and acting prowess.

Once K.C. Undercover officially wrapped in 2018, Zendaya went on to more mature projects. She starred in three episodes of the Netflix series The OA as Fola and reprised her role as MJ in the 2019 Spider-Man sequel Spider-Man: Far From Home. But 2019 was also the year where Zendaya would take on her most intense and dramatic work to date.

Zendaya currently leads the cast of HBO’s contemporary coming-of-age series Euphoria where she plays Rue Bennett, a recovering drug addict navigating high school amidst her struggle with her bipolar disorder. The actress is a total knockout in the series, and has received immense critical acclaim for her work. Her recent Emmy nomination for Outstanding Lead Actress in a Drama Series proves her role is making an incredible impact in the world of television.

Later this year, Zendaya will star alongside Timothée Chalamet in the film Dune and is slated to return as MJ for another Spider-Man film! But until fans can feast their eyes on those projects, check out the rest of the gallery above to see more images of Zendaya through the years!