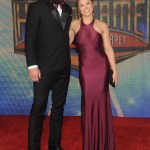 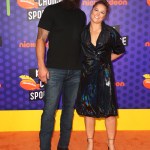 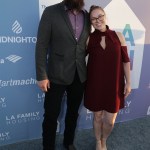 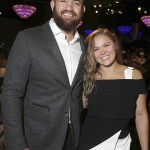 Ronda Rousey and Travis Browne had an exciting announcement to share on September 27, 2021 — they’re parents to their first child together! Ronda announced the birth of her and Travis’s baby girl with an Instagram post. She did not reveal her daughter’s face, but showed off her tiny hand as she snuggled close to her mom’s chest. In the picture’s caption, Ronda also debuted her and Travis’s baby girl’s name: La’akea Makalapuaokalanipō Browne.

La’akea’s birth came five months after Ronda announced her pregnancy. “I’m four months pregnant? What? You didn’t even know the last four months!” she said in a YouTube video on April 21. “Yeah, I’ve been pregnant since January, so four months. Woo! Baby bump! I can’t hide it anymore, so it’s time to show it off.” Now that La’akea is here, get to know more about her father and his marriage to Ronda below:

Travis and Ronda started dating sometime in 2015. After roughly two years of dating they got engaged in April 2017. Just a few short months later, the two got married in August 2017 in Hawaii. Before their nuptials, Ronda got very candid about her lack of wedding planning. “I don’t know what goes into planning a wedding,” she said. “It could be really easy because I don’t really want a lot. We don’t really need decorations or flowers; just somewhere to go, something to eat, and some people around.”

Travis Has Been Married Before

Travis has been married twice before. His first marriage was to Erin Browne, from 2001-2009. From 2015-2016, he was married to fitness model Jenna Renee Webb, and technically was still married to her when he started dating Ronda. Travis and his then-estranged wife were completely separated and were in the process of filing for divorce when he was dating Ronda.

Travis Was Accused Of Domestic Violence In 2015

Travis’ ex-wife, Jenna, claimed that the reason the pair split was because Travis assaulted her physically as well as abused her mentally and emotionally. Jenna even posted photos of massive bruises on her body via Instagram. Ronda even addressed the allegations in 2015. “It’s hard, it’s really hard. I’m very anti-domestic violence,” Ronda revealed to ESPN.

“But I know that he didn’t do anything. Now I’m put in a situation where I’m finally happy with somebody that respects me and cares about me, and I’m like, ‘What do I do?’ … Why can’t [people] have some confidence or trust in me that I would make a good decision and be with a good man regardless of how it looks.” Travis was suspended by the UFC but was reinstated when their independent investigation found “inconclusive evidence” of any assault.

Travis Is A UFC Fighter

For those who aren’t super familiar with the UFC, the acronym stands for: Ultimate Fighting Championship. In June 20, 2015, Travis was ranked number 5 in official UFC Heavyweight rankings. The then-238 lb. fighter has been competing since 2009 and his current mixed martial arts record is 18 wins and 7 losses. His last win came in January 2016 against Matt Mitrione. Travis has not had a match since July 2017.

Travis and his first wife, Erin, have two young sons together named Kaleo and Keawe. Now, the proud papa has given his kiddos a little half sister! Although Kaleo and Keawe’s ages are not confirmed, they appear to be in their teenage years based off of a photo shared to Ronda’s Instagram page in 2020.