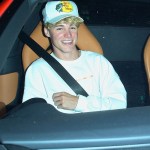 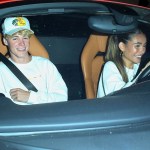 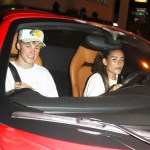 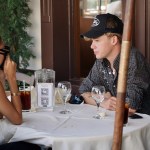 Romance speculation is swirling around Madison Beer and TikTok phenomenon Nick Austin after the twosome were spotted on a number of cozy outings. Here’s what you should know about the Hype House resident.

Madison Beer may have a new man. The singer, 21, was spotted getting cozy multiple times with talented TikTok star Nick Austin, 20, and fans are freaking out that they could be an item. From seemingly romantic dinners at Il Pastaio in Beverly Hills, to cruises around Los Angeles in a Ferrari, the rumored couple are everywhere. Here’s what you should know about Nick in the meantime:

1. He originally planned on becoming an actor. But TikTok came calling, instead. “”Now, social media is better than [acting] because you can be yourself and do what an actor does,” Nick said in a January 2020 Q&A with Famous Birthdays.

2. He likes to keep his private life private. That may be changing, now that he’s hanging out with Madison. Nick made it clear in July, when drama was brewing between other TikTok stars, that he doesn’t like to talk about his personal life. He tweeted, “everyone so mad that i didn’t talk about my situation on the internet sorry i didn’t give you guys entertainment. i personally just like to keep my shit off of here. thank you to those that understood.”

3. He claims he once made a fan faint. Just by looking at her — seriously. Nick said in that Famous Birthdays Q&A that he ran into a girl at The Grove, a shopping mall in Los Angeles, who “dropped to the floor” when they made eye contact. “That was pretty funny,” he said.

4. He lives in the Hype House. Some of the most famous TikTok personalities live together in a gigantic mansion in Los Angeles called the Hype House (formerly the Clout House). Founded in December 2019, nearly 20 TikTokers call the palatial estate “home” full-time, while others come and go when they’re in town for business. Think YouTube’s Vlog Squad or Team 10: TikTok stars like Addison Rae, Chase Hudson, the D’Amelio sisters, and Nick, live and work together to get out content faster.

5. He called Madison “gorgeous.” The romance speculation started on August 23, when the twosome was spotted sharing a meal with friends at Saddle Ranch in West Hollywood. He had his arm around Madison‘s shoulders during the outing. And later, when he went stag to singer Indiana Massara‘s birthday party at BOA Steakhouse, he told photographers that Madison was “gorgeous!”