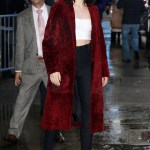 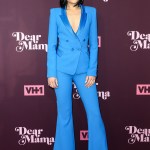 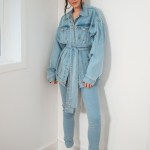 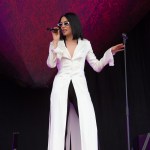 Jessie J confirmed her new romance with Max Pham Nguyen in the most unexpected, but cute way. After photos emerged, which showed the pair eating lunch together, headlines began speculating about Jessie’s “male pal.” The paparazzi pics showed the two dining outdoors — where, at one point, the English singer fed a fork-full of salad to her beau. Max returned the favor in a separate snap.

When the photos went public, Jessie decided to clarify that while the couple “did laugh A LOT,” Max “isn’t my male pal,” she wrote on Instagram on March 1 — alongside more appropriate pics of the pair. The new relationship marks Jessie’s first since her split from Channing Tatum in the fall of 2020. Learn more about Max with these five quick facts:

1. Max Pham Nguyen is a dancer.

He’s a professional backup dancer from LA, who’s worked with celebrities including, Justin Timberlake and Rosalia. In 2017, he danced on Ariana Grande‘s Dangerous Woman tour. In 2018, Max performed at Super Bowl LII as a backup dancer for Justin Timberlake, who headlined the halftime show. Additionally, he teaches hip hop dance classes around the globe.

On January 21, which marked JT’s 40th birthday, Max shared a throwback video that showed him dancing on stage during one of the singer’s tours. “To the man that sees EVERYTHING on stage [sic] would get me every night with ‘spin’ lol…happy birthday bossman! Rocking with you has introduced some of the best human beings into my life as well, and for that I’m grateful,” Max wrote alongside the clip.

2. How did Jessie J meet her new boyfriend?

It’s unclear how or when the couple got together. Though, they already have quite a few photos together. In her post confirming the romance, Jessie hinted that they may have been dating in secret for some time. “So… Max and I thought you guys deserved some better picture options. Saving you hiding in cars and bushes,” she wrote in her caption.

3. Max has been in a few commercials.

He’s worked with a number of brands and starred in various commercials for Pepsi, Nike and more. His Instagram includes behind-the-scenes moments and clips from the separate projects, which have taken him all around the world.

Max’s Instagram page includes a ton of photos with family of all ages. He’s also a dog lover, according to his page, which also includes cute snaps with pups.

Max has shared a number of different photos of the late great Kobe Bean Bryant to his Instagram page. He’s even quoted the Laker legend in some of his captions.