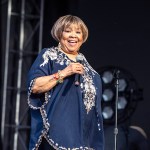 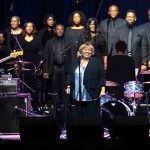 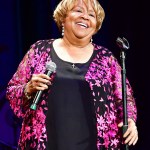 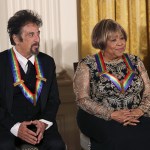 Prince will be honored with a tribute special on the four-year anniversary of his death, and Mavis Staples is just one of the many stars taking the stage to perform.

Mavis Staples is a legendary singer who will be one of many taking the stage during Let’s Go Crazy: The GRAMMY Salute to Prince on April 21. The concert, which was filmed back in January, will honor Prince on the four-year anniversary of his death. Mavis was very close with Prince and was signed to his Paisley Park Label for seven years during her career. He helped produce two of her albums in the 80s. Obviously, Mavis was devastated by Prince’s death in 2016, but she was happy to honor him during the GRAMMY tribute special. Here’s more to know about her:

1. She started out singing with her family. Mavis began her music career by singing in her family band, The Staple Singers. The group consisted of Mavis, her father, and siblings. They were an inspirational group during the civil rights movements in the 1960s, and garnered national success by the 70s. By the late 60s, Mavis began exploring singing as a solo act, and released her debut solo album in 1969.

2. She’s a Grammy Award winner. The Staple Singers won the Lifetime Achievement Award at the Grammys in 2004. Mavis also won the award for Best Americana Album at the award show in 2010, as well as the Best American Roots Performance award in 2015. Over the years, she’s had 10 additional nominations, as well.

4. She’s still releasing music! Age isn’t slowing Mavis down — she actually released her most recent album, We Get By, in 2019 at 79 years old.

5. She fan-girled when she met Prince for the first time. In 2016, Mavis performed at Coachella just one day after Prince’s death. Of course, she took a moment to remember him onstage, and opened up about the first time they met. “My family was having a concert,” Mavis explained. “[My sisters] were saying, ‘He’s so cute! He’s so cool! He’s so good looking!’ I say, ‘I’m going to play it cool.’ He came up….and I [screamed] uncontrollably.” We don’t blame her!