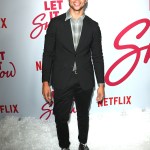 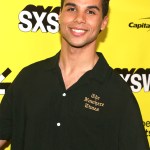 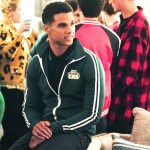 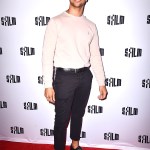 ‘Love, Victor’ star Mason Gooding has scored a role in the highly anticipated ‘Scream 5.’ We’ve got five things to know about the up and coming young actor.

Now that the upcoming Scream 5 has locked in franchise OG’s like David Arquette, 49, Courteney Cox, 56, and Neve Campbell, 46, the younger newcomers are beginning to fill in the rest of the cast. Among them is Mason Gooding, the handsome 23-year-old who has been carving out some notable roles in the last few years. He’ll be part of the younger crew that will include Thirteen Reasons Why star Dylan Minnette, The Hunger Games‘ Jack Quaid and The Leftovers star Jasmin Savoy Brown.

The plot line is still under wraps, but with Courtney, David, and Neve coming back, the film is already so highly anticipated among fans. The original debuted in 1996 and went on to spawn three sequels, with Scream 4 dropping in 2011. It also helped give many young actors their first taste of big screen cred, so lets get to know five things about Mason Gooding.

1. Mason is the son of an Oscar winning actor. His dad is Cuba Gooding Jr., who won a Best Supporting Actor Academy Award in 1997 for Jerry Maguire. Cuba’s had a long and prosperous movie and TV career ever since, most recently starring as O.J. Simpson in 2016’s American Crime Story: The People Vs. O.J. Simpson. Mason’s mom is Sara Kapfer, Cuba’s former wife of 22 years. They divorced in 2017.

2. Mason was born and raised in Southern California. With his dad a busy Hollywood star, Mason was raised in Los Angeles. He attended the private Windward High School in Mar Vista, CA, then matriculated to NYU’s Tisch School for the Arts. He eventually left college to pursue acting full time.

3. Mason has been scoring plenty of choice roles over the last few years in film and TV. He had a three show appearance in Dwayne “The Rock” Johnson‘s HBO series Ballers in 2018. He played Nick in director Olivia Wilde‘s highly acclaimed 2019 film Booksmart. He also starred in the Hulu 2020 season one comedy series Everything’s Gonna Be Okay and plays Andrew on Hulu’s Love, Victor.

“Kathleen’s gonna kill us…” • • Inked by the incredible @shlomi_the_homie ✍🏽🔥

4. Mason is ripped! Thanks to shirtless photos that he posts his Instagram, followers can see his cut six-pack abs and toned torso.

5. Mason supports LGBTQ causes. While his character in Love, Victor is straight, Mason announced when the show dropped in June 2020 that he would be donating to causes close to the program’s heart. In an Instagram post he wrote, “Every time I go to post about the show, i’ll donate to and showcase some of the incredible charities/causes/movements that support the LGBT+ and black communities whose efforts have allowed me and people like me to even have the capability of possessing a platform today through their tireless fight for justice and equality in a social and political landscape. That being said, y’all are loved, y’all are seen, and i hope first and foremost you understand that your thoughts and ideas matter immensely, so please keep sharing them with the world.”