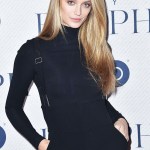 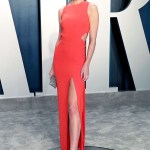 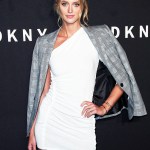 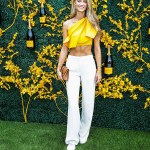 It wouldn’t be the ‘Sports Illustrated Swimsuit’ issue without Kate Bock. The Canadian bombshell appears on the cover of the 2020 edition alongside Jasmine Sanders and Olivia Culpo. Here’s what you need to know.

The 2020 Sports Illustrated Swimsuit Issue cover was unveiled on July 13, and for this year, the franchise needed not one, not two, but three gorgeous women to grace the front. “These three women who make up the 2020 Sports Illustrated Swimsuit Issue  [cover] are inherently unique, but solidarity exists among them in terms of their ambitions, goals and what they stand for,” MJ Day, SI Swimsuit editor-in-chief, said of Jasmine Sanders, Olivia Culpo and Kate Bock. Kate, 27, happens to be a familiar face to fans of SI Swim, since she’s appeared in the issue for nearly a decade.

Called a “true asset to SI Swimsuit and its evolution toward building a franchise beyond just the magazine pages,” Kate’s inclusion on the cover was a no-brainer. “Kate is one of the best brand ambassadors and idea collaborators we’ve worked with,” said editor Day. “On top of her extensive work as an advocate for mental health and wellness, she has played a pivotal role as a creative and business savvy collaborator for SI Swimsuit.” As the world waits for the arrival of the issue, here’s what you need to know about Kate.

Kate was discovered when she was a pre-teen. “I grew up in West Vancouver, Canada, and I was always super tall, gangly, and thin,” she told Ocean Drive in 2017. “I was a 12-year-old swimmer, and my agent is actually from the same area. She spotted me, and it was literally the next week that I started working with Abercrombie Kids and at mall fashion shows. When I finished high school, I moved to Paris. Modeling was kind of like ‘I’ll try it; it sounds so cool,’ and then here I am, still doing it.” Kate has worked frequently with labels like Victoria’s Secret, Guess, Brooks Brothers, and Ralph Lauren. She has also appeared on the covers of magazines like Ocean Drive, Fitness, Maxim, and Elle Canada. She was also in the Lonely Island video for “Jack Sparrow.”

She was named Sports Illustrated Swimsuit’s Rookie of the Year in 2013. The 2020 issue marks her eighth consecutive appearance in the magazine. This partnership with SI Swim was kicked off with a bang in 2013 when the young Canadian bombshell took home the honor of Rookie of the Year. She beat out Hannah Davis, Natasha Barnard, and Emily DiDonato, according to HuffPost, winning 41% of the online vote at SportsIllustrated.com.

Kate loves almond butter, Adidas sneakers, and bikinis. “I’ve been very into Pilates recently. I run and do yoga, but Pilates has been my favorite,” Kate said when talking EXCLUSIVELY with HollywoodLife in 2017 at Harper’s Bazaar’s 150th Anniversary event in New York City. When asked what her go-to fashion piece for the summer was, she answered, “Bikinis! I just actually moved [to NYC] and loaded my new bikini section into my closet. I can’t wait to try them all on, pick my favorites, and get ready for summer!” She also said that “Denim Levis and Adidas Sneakers” were her casual go-to, and that she always travels with a bit of Justin’s brand almond butter. “It is with me at all times. Vanilla is the best flavor. It’s the best snack for flights.”

She’s involved with an NBA superstar. As of March 2020, Kate has been dating Cleveland Cavaliers star and NBA Champion Kevin Love, 31. “I love watching the games, they’re fun,” she said when speaking to HollywoodLife in 2017. Three years after that chat, she and Kevin are still going strong. On July 8, she shared a picture of her, Kevin, and their dog Vestry catching some rays. “Beachin’ babes,” she captioned the steamy shot.

She loves to travel. “We had a long summer for the first time since we’ve been dating because he was in the NBA Finals so many years in a row,” she told Maxim in February. “It was something we wanted to take advantage of because, hopefully, he’ll never have something like that again. We ended up having almost five months. We traveled as much as we could and really caught a bug. We went to Thailand, Whistler [British Columbia], Athens, Utah, and Jackson Hole, Wyoming. We loved everywhere.”