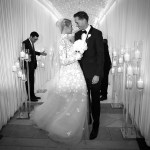 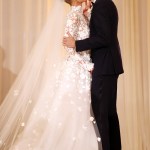 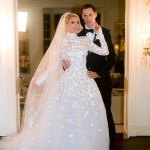 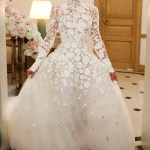 Paris Hilton and entrepreneur Carter Reum tied the knot on Thursday, Nov. 11! Here’s what you need to know about her husband.

Her love life has been in the spotlight for years, and this marked her fourth high-profile engagement. However, Carter has made it clear that he loves Paris unconditionally. “From our very first date, I was able to get to know the real Paris,” he gushed. “As people who have seen her documentary and recent advocacy work know, Paris is kind, smart, driven, authentic and an amazing woman.” In an ultra-romantic move, Carter popped the question at Paris’ 40th birthday with her friends and family present. Here’s more to know about Carter:

What Does Carter Reum Do?

Carter, along with his brother Courtney Reum, co-founded M13, “a brand development and investment company accelerating businesses at the nexus of consumer products, technology, and media,” according to Medium. Carter, at age 25, was “bored with his drinking experience” and co-created VEEV, a premium spirits company that was acquired by Luxco in 2016. VEEV Spirits is a vodka brand that was both the first liquor made with acai and the first to be created in a substantial facility. With the sale of VEEV, they built up M13, their investment firm, and it was reported in 2016 that the company was syndicating $100 million in investments into dozens of startups.

Carter and Courtney’s father was W. Robert Reum, a prominent business executive who was also involved in Chicago civic affairs and philanthropy. He passed away on February 4, 2017. That October, Carter and Courtney penned a loving tribute to him. “Our Dad has many incredible qualities: his love, his drive, his athleticism, his sense of humor, his intellect, and the list goes on. However, he has one secret weapon quality that you can’t teach: common sense. I know that this might not be exciting, but it’s arguably one of the most under-appreciated traits for a leader and human being,” the wrote, intentionally referring to their late father in the present tense. 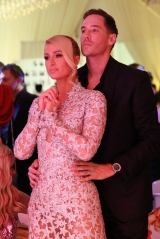 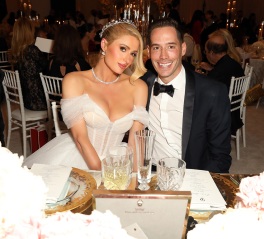 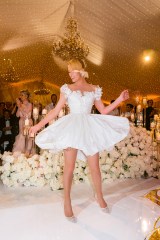 How Long Have Paris Hilton & Carter Reum Been Together?

Carter and Paris’s relationship went public when they were spotted kissing and cuddling at a Golden Globes after-party in January 2020. Their romance began quietly a few weeks prior at the end of 2019. This was Paris’s first serious relationship after ending her engagement to Chris Zylka in Nov. 2018.

Carter is in “the Gwyneth Paltrow circle of friends,” according to E! News. The site reported that Carter and Paris met through mutual friends who ran in the same circle and hit it off! Paris had been enjoying “me time” after her breakup from Chris, but was finally ready to move on when she met Carter!

Carter Reum Is An Author

Carter is a published author. Along with his brother, Carter wrote 2018’s Shortcut Your Startup: Speed Up Success with Unconventional Advice from the Trenches.

How Much Is Carter Reum Worth?

It’s estimated that Carter Reum is worth $300 million. He sold his vodka company, VEEV, for more than seven times its revenue, and has made an impressive living off of his various business ventures and investments.