After Anna Redman accused Brittany Galvin of being an ‘escort’ on ‘The Bachelor,’ Matt James will address the ‘bullying’ on the show during the Feb. 1 episode.

Brittany Galvin was one of five women to join season 25 of The Bachelor after two rose ceremonies were already completed. However, she quickly caught Matt James‘ eye, and made it through the third rose ceremony during the Jan. 25 episode. It wasn’t long before she was at the center of drama, though, when fellow contestant, Anna Redman, accused her of working as an escort in Chicago.

“There’s a rumor that because she knows all the rich men in Chicago, that Brittany is an escort,” Anna explained. “She may be having a transactional relationship with wealthy men.” The Jan. 25 episode ended with Katie Thurston approaching Matt to reveal that hurtful rumors were being spread around the house. He will address the “toxic behavior” during the Feb. 1 episode, according to a press release and preview clips.

Is Brittany Galvin Really An Escort?

During the Jan. 25 episode of The Bachelor, Brittany denied Anna’s claims that she worked as an escort. After the episode aired, she further addressed the speculation on social media. “To make it clear, I am NOT an escort,” she wrote on her Instagram story, per Cosmopolitan. “And for the people who are, don’t let others tear you down. Keep sharing your stories with me because they are so powerful. I’m here to support you.”

Brittany Galvin Is A Model 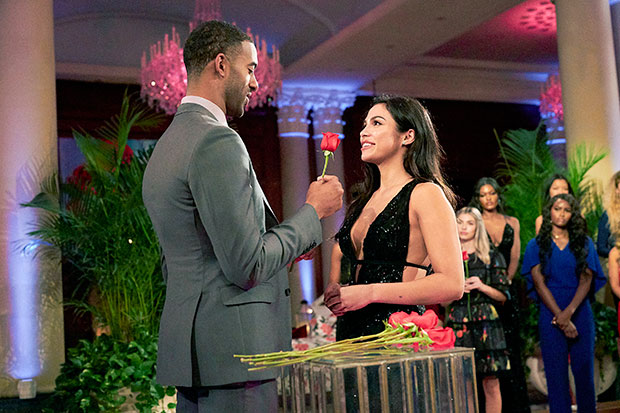 Brittany’s ABC bio confirms that she is 23 years old and works as a model in Chicago. She is represented by Wilhelmenia Models, and her profile for the company reveals that she is 5’8″ with a 27″ waist. Her Instagram page features several professional modeling shots.

Where Did Brittany Galvin Go To College?

Brittany attended the University of Missouri-Columbia. She graduated in 2019 with a Bachelor of Business Administration Degree, and was a member of the Gamma Phi Beta sorority during her time at school. Brittany’s LinkedIn reveals that she is the creator of YoTie, a hair tie company. The product was created in 2015 and Brittany has used social media to promote it. She also partnered with The Bridge at the University Of Missouri to sell her product. She considers herself an “experienced entrepreneur,” per LinkedIn.

Although Brittany’s relationship with Matt James will be the first time her love will be shown on television, she’s no stranger to being in a relationship with a high-profile person. Brittany previously dated American soccer star, Drew Conner. It’s unclear how long they dated for, but they were together in Instagram photos as recently as mid-2019.

Brittany Galvin’s Sister Is An Actress

It turns out that Brittany isn’t the only person from her family who knows what it’s like to be on the small screen. Brittany’s sister, Missy Galvin, is an actress, as well as a model. She’s had small roles on Empire, Chicago P.D. and Chicago Fire.