Brittany Galvin and Anna Redman hashed out their issues on The Bachelor: Women Tell All special, which aired on March 1. The drama between the ladies began when Anna told other women on the show that she’d heard a rumor that Brittany had worked as an escort in Chicago. Brittany denied the allegation, but by that point, it was already out there and filmed for television.

“When I first got back, I didn’t even want to be around my family,” Brittany admitted. “It was really hard to even text my friends back the first couple of weeks. It’s embarrassing — when people Google my name now, it’s about me being accused of being an escort. I didn’t get signed up to be bullied or have my name slandered. This is forever going to have an association to my name, which is kind of unfair. It’s really f***ed that I have to constantly defend my name from now on.” 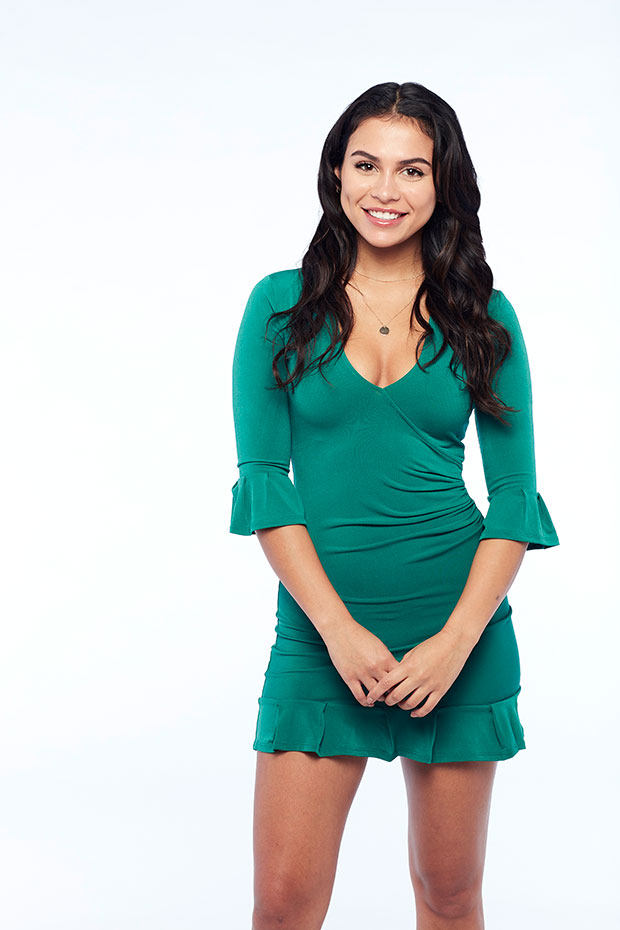 Brittany also admitted that, although she received an initial apology from Anna, she was disappointed that she hadn’t heard from her since the show aired. “Nothing I can say can justify what I did,” Anna admitted. “There’s no reason to ever take down another woman without thinking of the consequences, especially in that moment. It was awful and after watching the aftermath, I am a hundred times more sorry. I know I’m getting a glimmer of ti and I can’t even imagine what it’s like to be you. It sucks that I did that to someone else. Everything in the situation I did was wrong and I’m sorry.”
At first, Brittany wasn’t totally on-board with Anna’s apology. “Even after I got home I continued to hear things about what you were spreading to people in this room about me,” Brittany said. “I really hope this is genuine because it was hard for me to believe that you’ve had x amount of time to reach out to me….”
Eventually, some of the other women even started weighing in, wondering what Anna’s motive was for spreading the rumor to be gin with. “Like I said before, I can’t justify anything,” Anna insisted. “I was insecure and I lashed out. It all stemmed from my own insecurities. I was insecure about myself and my time with Matt and even being next to these amazing women in the house. There wasn’t a motive. I know that sounds stupid.”
She added, “I know what I said can’t be unsaid and the damage can’t be undone but I’d love to help repair some of that damage. I want you to know I’m 100 percent sincere when I say I am so, so sorry for that.” In the end Brittany accepted Anna’s apology and admitted that she “appreciated it.”
“I don’t want people to destroy your life, either,” she said. “That’s not my intention at all. I do accept your apology, but I want people to take away from this that words can actually affect you. I don’t want people to feel bad for me and I don’t want Anna to get hated on. People make mistakes. And I want to address people in the sex work industry — no one deserves more or less based on the industry they’re in.”
Articles Trending Now