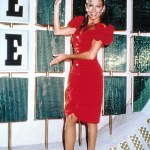 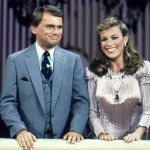 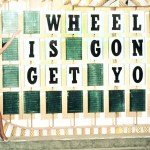 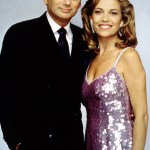 Vanna White is a TV legend! The ‘Wheel of Fortune’ hostess has been a staple on the hit game show for 38 seasons. Take a look at the icon over the years.

Vanna White, now 63, and her longtime Wheel of Fortune co-host Pat Sajak, now 74, are putting a new spin on their famous game show. Celebrity Wheel of Fortune premieres Jan. 7 on ABC and will bring celebrity contestants to the wheel. They’ll spin TV’s most famous wheel and solve word puzzles for a chance to win up to $1 million. All of the money won by the celebrity contestants will go to a charity of their choice.

Vanna notably took over Pat’s role as host for the first time in Nov. 2019 as Pat recovered from surgery. She hosted the show solo for three weeks and did so effortlessly. However, she admitted that she was “nervous” about hosting alone in an interview with The New York Times. “Normally I just stand there and I turn my letters, and I’m just happy as can be not having to worry about anything else,” she said. “But here I am controlling the game. So logistically, it was much harder. But I know every aspect of the game, which helped so much.”

In the midst of Vanna’s hostess duties over 38 seasons, she has had major developments in her personal life. She married George Santo Pietro in 1990. She announced she was pregnant in 1992, but she sadly miscarried. Vanna later welcomed a son Nicholas and daughter Gigi. Vanna and George divorced in 2002. She dated Michael Kaye from 2004 to 2006. The hostess married John Donaldson in 2012.

In 2019, Vanna and Pat revealed they had no plans to retire. “This woman and I have been together a very long time. It’s been a fabulous run, and we’ve got lots more in us, yes?” Pat asked Vanna during an interview with USA TODAY. She replied, “Yes, we do!” Vanna and Pat have renewed their contracts through 2022.