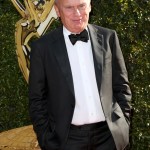 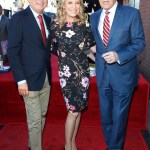 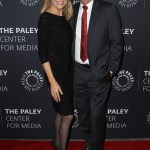 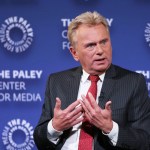 Pat Sajak couldn’t report to the Nov. 7 taping of ‘Wheel Of Fortune’ due to a medical ’emergency.’ The game show announced the current status of its host, and who’s filling in his shoes in the meantime.

The Wheel of Fortune was missing its longtime host on Nov. 7, after Pat Sajak, 73, had a medical scare that necessitated a trip to the hospital. However, Pat is back on the mend! “Our taping on Thursday was canceled because host Pat Sajak underwent successful emergency surgery to correct a blocked intestine,” the game show’s Twitter account revealed a day later on Nov. 8. The show will go on, because the Twitter account added, “He is resting comfortably and looking forward to getting back to work. Taping resumed today [Nov. 8] as scheduled and Vanna White has stepped in as host.” Vanna certainly knows the job well, since she’s been hosting the iconic game show alongside Pat since 1983. The new episodes will air on Dec. 9!

The tweet also revealed the show’s puzzle board spelling out the sentence, “GET WELL SOON PAT!” It appears that the Wheel Of Fortune is in the midst of filming its holiday-themed episodes, judging by two more photos [SEEN HERE] that the show’s Twitter account shared on Nov. 8. The set was transformed with Christmas décor, with Disney characters Mickey Mouse, Minnie Mouse, Goofy, Donald Duck and Goofy all dressed in holiday attire. The post’s caption read, “Vanna steps in as host and Mickey, Minnie, Donald, Goofy, and Pluto join in the fun!”

This isn’t the first time Vanna has tackled Pat’s job duties! He also suffered laryngitis in 1996, and so Vanna hosted one segment in his absence. The show is nearing its 40-year anniversary, and this is just Vanna’s second time acting as the main host, after years of turning the letters on the big puzzle board.

Despite Pat’s sudden medical emergency, he’s looking at a long future on the show. On Oct. 31, it was announced that Pat and Vanna renewed their contracts with Sony Pictures Television to stay on the Wheel Of Fortune until the 2021-2022 season, according to our sister publication Deadline.