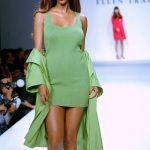 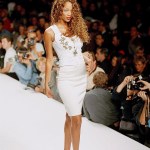 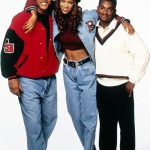 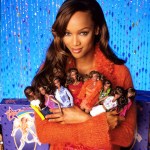 Tyra Banks had had quite the evolution over the years. She’s transformed from one of the most iconic supermodels to a glamorous TV host with some notable acting roles mixed in. Take a look at the legendary Tyra then and now.

Tyra Banks, 47, has been a total girl boss since the 1990s. She started out modeling and quickly became one of the most highly sought-after supermodels in the business. She made history as the first Black woman to be featured on the covers of GQ and the Sports Illustrated Swimsuit Issue. Tyra was a Victoria’s Secret Angel from 1997 to 2005. She notably walked in fashion shows for designers like Chanel, Christian Dior, Oscar de la Renta, and more. The former supermodel came out of modeling retirement to post for the 2019 Sports Illustrated Swimsuit Issue cover.

The supermodel also started acting in the 1990s and has continued to do so over the years. She appeared in the fourth season of The Fresh Prince of Bel-Air. She co-starred in the 1994 drama Higher Learning. One of her most recognizable roles is in the Disney film Life-Size. Tyra played a doll named Eve, who comes to life after Casey (Lindsay Lohan) tries to resurrect her mother. The movie premiered on March 5, 2000. Two decades later, Tyra reprised the role of Eve in the Freeform sequel, Life-Size 2: A Christmas Eve. Tyra’s other big movies include Coyote Ugly, Halloween: Resurrection, and more.

Tyra began hosting America’s Next Top Model in 2003. The reality series revolved around up-and-coming models who compete to become the next top model. It became an instant hit when it premiered. Tyra hosted the first 22 cycles, as well as the 24th cycle. On top of ANTM, she started hosting The Tyra Banks Show in 2005. She won two Daytime Emmys for her talk show.

Tyra replaced Nick Cannon as the host of America’s Got Talent for season 12. She made her debut as the new host of Dancing With the Stars, replacing longtime host Tom Bergeron, at the start of season 29. The show has not been renewed for season 30, but it is expected to return. Over the course of season 29, Tyra rocked a number of amazing outfits while hosting. She sometimes had more than one wardrobe change per episode!

In terms of her personal life, Tyra has remained pretty quiet about it. She dated Norwegian photographer Erik Asla for a number of years. They welcomed a son, York, via surrogacy in 2016. Tyra’s not slowing down any time soon. After all these years, she still reigns supreme as the ultimate girl boss!