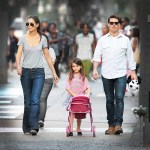 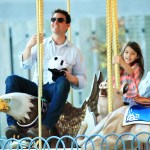 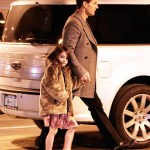 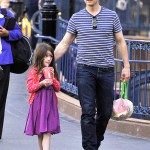 Happy Birthday, Tom Cruise! The megastar turns 58 today, and to commemorate the occasion, we’re looking back on his greatest role to date: as a father. See his sweetest moments with daughter Suri Cruise!

Tom Cruise has created some of the most famous characters in the modern film canon. Between playing the title role in Jerry Maguire, to his death-defying stunts in the Mission Impossible series, and reprising his iconic role in the forthcoming sequel to Top Gun, Tom has become a respected professional among his costars and industry professionals. Today marks the three-time Oscar-nominee’s 58th birthday, and to celebrate we’re taking a step away from his most iconic roles to look back at his very best: his role as a father!

The actor already shares his adopted children with his second wife, Nicole Kidman — daughter Isabella, born in 1992, and son Connor, born in 1995. While Isabella and Connor have largely reminded out of the spotlight, Tom’s marriage to his third wife, Katie Holmes, put his personal life directly in front of the cameras. The couple welcomed their daughter, Suri Cruise, in April 2006 and Tom’s life as a father to his young daughter wholly changed.

Tom was regularly seen out and about with his wife and daughter during his and Katie’s six-year marriage. Early on, it was very clear that Tom and Katie — two of Hollywood’s biggest stars — wanted to give Suri as normal a life as possible while growing up surrounded by photographers and cameras. As such, it was important that the couple take the time for average family outings, like this photo above where the trio enjoyed a walk together while Tom was filming in Pittsburgh, PA! For Tom, it was equally as important that he fully embrace his role, and made it a major priority to spend as much daddy-daughter time with his precious little girl as possible. The two were often spotted out and about in New York City and there was rarely a dull moment for the pair in the city that doesn’t sleep! Other times, however, Tom wanted to give Suri what every child dreams of: a trip to Disneyland! In the above photo, the two enjoyed a day in the park!

Now at 14, Suri is rarely seen unless she is with her mom. The teenager spends her days in New York, with Katie often working near Broadway for plays. Despite their divorce, though, Suri will always be Tom’s little girl, and on his birthday, there’s no better time to reminisce on their sweet moments together. To see more images of Tom and Suri’s best moments, scroll through the gallery above!